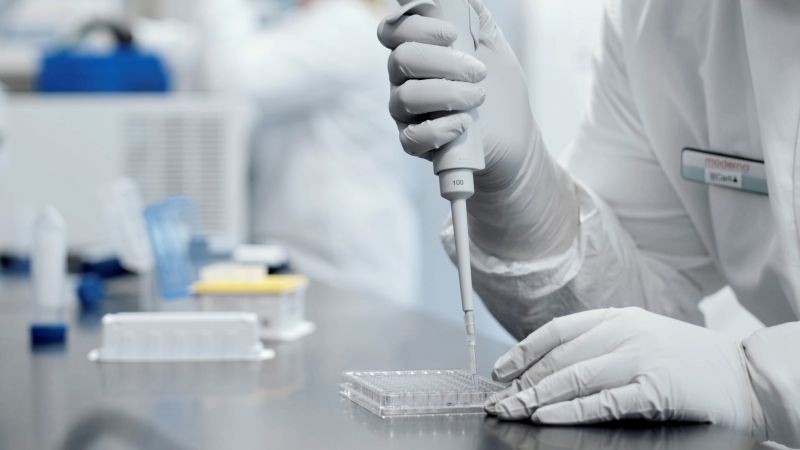 FILE PHOTO: A researcher works in a lab run by Moderna Inc, who said November 16, 2020 that its experimental vaccine was 94.5% effective in preventing COVID-19 based on interim data from a late-stage clinical trial, in an undated still image from video. Moderna Inc/Handout via REUTERS.
World
22nd November 2020

WASHINGTON, November 22 (Reuters): Leaders of the world's 20 biggest economies on Sunday will pledge to pay for a fair distribution of COVID-19 vaccines, drugs and tests around the world so that poorer countries are not left out, and to extend debt relief to them, a draft G20 communique showed.

"We will spare no effort to ensure their affordable and equitable access for all people, consistent with members’ commitments to incentivize innovation," the leaders said in the draft G20 statement, seen by Reuters. "We recognize the role of extensive immunization as a global public good."

The leaders said the global economy was starting to pick up but the recovery remained "uneven, highly uncertain and subject to elevated downside risks."

They pledged to continue to use all available policy tools as long as needed to safeguard lives, jobs and incomes, and encouraged the multilateral development banks to strengthen their efforts to help countries deal with the crisis.

The European Union has called for $4.5 billion by the end of the year from the G20 to pay for COVID-19 fighting tools for poorer countries.

The draft also calls on private creditors to join the debt servicing moratorium, which the G20 wants to extend until the middle of 2021 and possibly longer, and endorses a common framework for dealing with debt issues beyond that.

"There is a lack of participation from private creditors, and we strongly encourage them to participate on comparable terms when requested by eligible countries," it said.

The leaders also recognized the specific challenges faced by countries in Africa and small island developing states, reflecting growing recognition that even some middle-income countries may need debt relief as a result of the pandemic.

Keen to be better prepared for any potential next pandemic that might come, G20 leaders also said they would commit "to advancing global pandemic preparedness, prevention, detection, and response" and "to the continued sharing of timely, transparent, and standardized data and information".

As Democrat Joe Biden - an avowed multilateralist - prepares to replace Donald Trump as U.S. president in two months, the G20 statement struck a bolder tone on international trade, climate change and the role of the World Health Organization.

Trump, who favored bilateral deals, has reduced support for multilateral institutions like the World Trade Organization, and this year threatened to quit the World Health Organization unless it was reformed. His administration had also previously blocked mentions of climate change in G20 communiques

"Supporting the multilateral trading system is now as important as ever. We strive to realize the goal of a free, fair, inclusive, non-discriminatory, transparent, predictable, and stable trade and investment environment, and to keep our markets open," the G20 statement said.

The G20 also said they would pursue a way to tax international tech giants like Google, Amazon, Facebook, Apple or Microsoft so that they pay their fair share of taxes.

The Internet giants have benefited greatly from the shift to tele-working forced upon the world economy by the pandemic, and European countries have long been pushing to tax them where they make their profits, rather than where they establish their subsidiaries for tax optimization purposes. But the initiative has so far been stalled by the Trump administration.

The imminent change of guard in the White House also seemed to unblock bolder G20 language on climate change.

"As we recover from the pandemic, we are committed to safeguarding our planet and building a more environmentally sustainable and inclusive future for all people," it said.