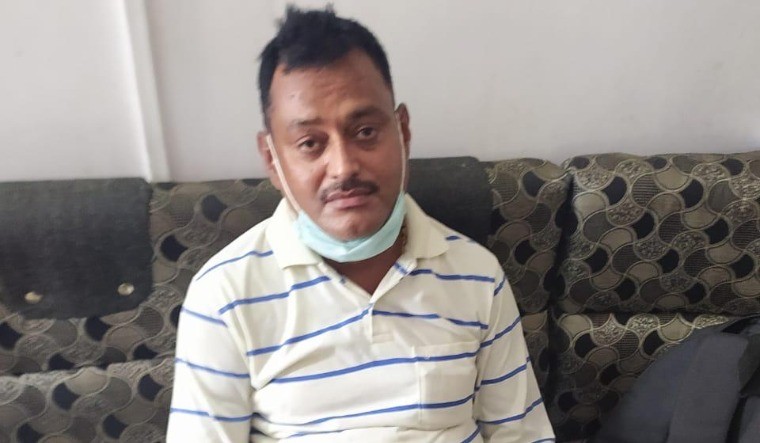 Lucknow/Ujjain, July 9 (IANS) Dreaded gangster Vikas Dubey, who has been on the run for nearly a week after the killing of eight police personnel in Kanpur, was finally arrested on Thursday from inside the Mahakaal temple in Ujjain in Madhya Pradesh.

According to sources, Dubey reached the temple around 8 a.m and then informed the security men about his identity and asked them to inform the police.

The Uttar Pradesh Police has officially confirmed the arrest of Vikas Dubey.

Dubey had been eluding the police since the past one week and though four dozen teams of Special Task Force and state police were chasing him, they could not nab him.

The Madhya Pradesh police has taken the gangster away and their Uttar Pradesh counterparts will now seek transit remand and bring him to Kanpur.

Five associates of Vikas Dubey have bene shot dead in Uttar Pradesh after the killing of eight policemen last week in Bikru village in the dead of the night as they were ambushed by Dubey's men.

All of them were reportedly involved in the shootout.