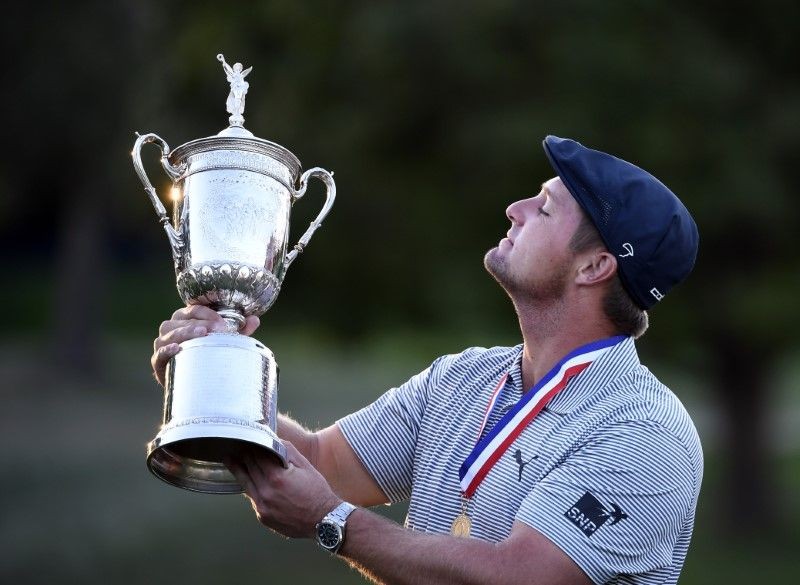 MAMARONECK, N.Y., September 21 (Reuters): Bryson DeChambeau's unorthodox style got major validation on Sunday, as the power-driving "mad scientist" of the PGA Tour claimed the U.S. Open by a definitive six-stroke margin and silenced his sceptics.

Since he unveiled his single-length set of clubs at the start of his pro career, the former physics major has embarked on a one-man mission to revolutionise golf, facing plenty of doubts in a sport where tradition is valued above all else.

His most recent experiment was perhaps his most ambitious yet: a physical transformation that saw the 27-year-old pack on roughly 30 pounds (14 kg) of muscle with a high calorie diet and hours spent at the gym during the PGA Tour hiatus this year, in order to add jaw-dropping velocity to his drive.

Four-time major winner Rory McIlroy, who finished tied for 8th at Winged Foot Golf Club, told reporters he was initially sceptical that DeChambeau's hard-charging approach would work in the long term, after playing with him at Colonial in June.

"I sort of said, okay, wait until he gets to a proper golf course, he'll have to rein it back in," McIlroy said. "This is as proper as they come, and look what's happened. Yeah, he's got full belief in what he's doing, and it's pretty impressive."

Unlike some of his past experiments - including his now-banned on-course compass and the "side-saddle" putting technique he tried and quickly abandoned in 2017 - DeChambeau told reporters this new approach was here to stay as he aims to add another 10 or more pounds before the Masters in November.

"I think I'm definitely changing the way people think about the game. Now, whether you can do it, that's a whole different situation. There's a lot of people that are going to be hitting it far," said DeChambeau, who plans to try out a 48-inch (1.2 metre) driver next week. That's another 2.5 inches on a club that's already slightly above the average.

"There's a lot of young guns that are unbelievable players, and I think the next generation that's coming up into golf hopefully will see this and go, hey, I can do that too."