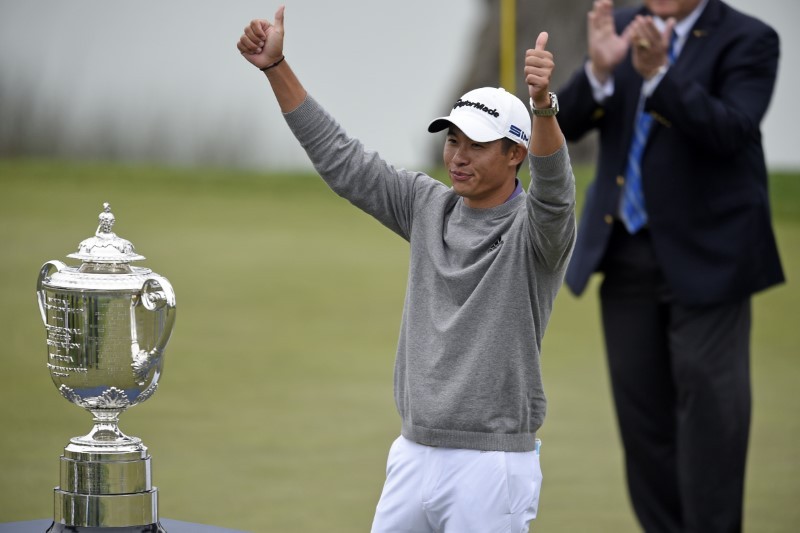 SAN FRANCISCO, August 10 (Reuters): Collin Morikawa savoured his first major title after shooting a final round 64 at Harding Park to claim victory at the PGA Championship, and the 23-year-old American says he is just getting started.

Despite appearing in just his second major, Morikawa, who began playing the game at five-years-old in California, said he felt it was his destiny to hoist the Wanamaker Trophy on Sunday.

"It doesn't stop here. I've got a very good taste of what this is like."

The only thing missing from Sunday's win was the fans, said Morikawa. Spectators were not allowed on the course in west San Francisco due to the COVID-19 pandemic.

"I really do miss the fans. I know we all had to have some type of adjustment not having fans," he said.

They were especially missed when he hit the drive of his life on the 294-yard par-four 16th as he was unable to see where the ball landed because a tree was obscuring his view.

It settled seven feet from the cup, leaving him with a putt for eagle that he would sink to set up victory.

"This is the one time I really wish there were crowds right there," he said of the drive.

Morikawa, who now has three wins on his resume, said he wanted to be consistently in the hunt for titles, not just at the biggest events.

"The majors are going to be circled, just like everyone else, but I've got to focus on every single week," he said.

"I'm not trying to come out and just win the majors."

With the win, Morikawa joined Rory McIlroy, Jack Nicklaus and Tiger Woods in winning the PGA Championship before turning 24.

"It's great company," he said.

"You know, it's been crazy, because this entire start of my professional career, I see all the things comparing (me) to Tiger and ... Tiger is on a completely different level. I think we all know that.