Golf: Tiger finds that looks can be deceiving at Harding Park 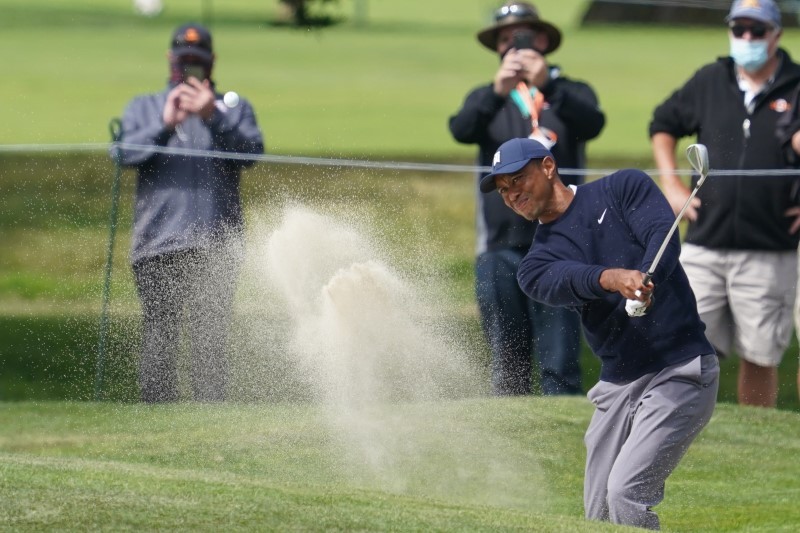 SAN FRANCISCO, August 8 (Reuters): TPC Harding Park's narrow fairways and thick rough have given players fits through the first two rounds of the PGA Championship, but it was the course's unexpectedly slow greens that caused headaches for Tiger Woods on Friday.

The greens are relatively flat, but the combination of second-round hole positions that favored their edges, and cool coastal fog that slowed them down as the day wore on, bewildered even the 15-time major champion.

"For me they looked faster than they were putting," Woods said after shooting a two-over 72 to sit at even par and eight strokes back of the leader, China's Li Haotong, heading into the weekend.

"As the day wore on, they got a little more fuzzy and got even slower, and I struggled even a little bit more hitting the putts hard enough," he said.

"That's always the toughest combination ... making that adjustment. You give it a run, but it just - it's just not rolling out."

A day after having success with a new, longer putter that is not as taxing on his surgically repaired back, Woods saw too many of his putts die short of the hole, killing birdie opportunities and contributing to his four bogeys.

But Woods said he was pleased with his improved accuracy off the tee on Friday, a key component to success at the lengthy municipal course, which sits on the shores of San Francisco's Lake Merced.

"I drove it great today. That's one of the things I wanted to clean up from yesterday.

"I didn't do as good a job yesterday of driving the ball as I needed to. Today was different."

If he can put it all together, Woods might still have a shot at winning his 16th major title and record-breaking 83rd PGA Tour victory on Sunday.