Greta Thunberg back for climate protests at Swedish parliament 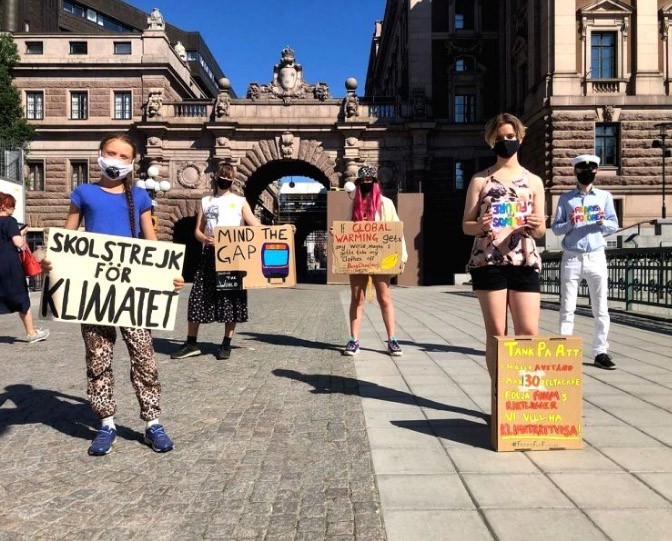 STOCKHOLM, JUNE 11 (IANS): Following a long spell of online protests, Swedish environment activist Greta Thunberg was back in front of the Swedish parliament building on Friday for an in-person demonstration against climate change.

Together with a handful of other protesters, Thunberg, showcasing her famous sign saying "School strike for climate" and wearing a face mask with the 'Fridays for Future' logo, returned to her original site in Stockholm, reports dpa news agency.

"Today we are back outside the Parliament. But the pandemic is still far from over, so we will continue to keep our numbers as low as possible and act in accordance with local restrictions," she posted on social media.

Thunberg began staging her one-woman protests in front of Sweden's Parliament building in August 2018, calling on politicians to ramp up the fight against climate change.

Within months, the climate youth movement 'Fridays for Future' was born, sparking mass demonstrations attended by hundreds of thousands of mainly young participants across the globe.

However, the coronavirus pandemic temporarily stopped such large-scale events.

Unable to keep up her Friday protests in person, Thunberg had turned to posting images online of herself holding up her protest sign at home.

In March, she held a sit-in in front of the European Commission's representation in Stockholm to protest against the EU's agricultural policy and in April she published a picture of herself in a deforested area in central Sweden.