Hamilton's pole lap was out of this world, says Mercedes boss 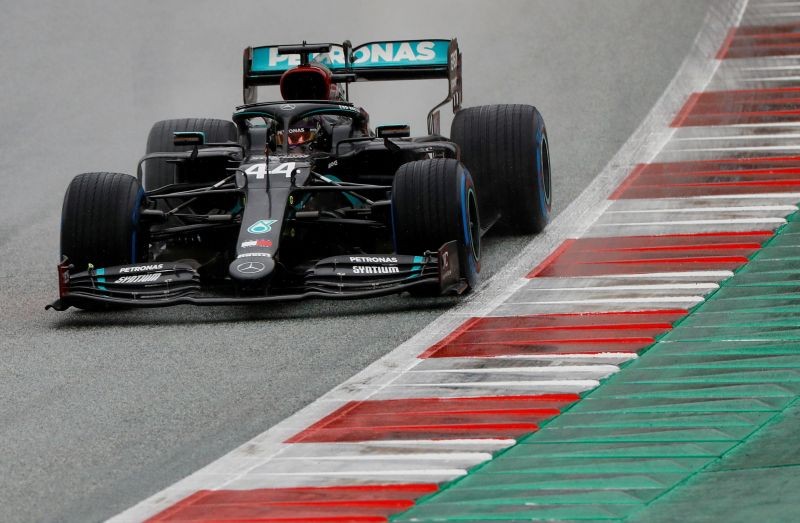 Mercedes' Lewis Hamilton in action during qualifying, following the resumption of F1 after the outbreak of the coronavirus disease (COVID-19) REUTERS/Leonhard Foeger/Pool
Sports
12th July 2020

(Reuters): Lewis Hamilton's sensational Styrian Grand Prix pole position lap was hailed by Mercedes team boss Toto Wolff on Saturday as something out of this world.

The six times Formula One world champion was 1.2 seconds faster than his closest rival, Red Bull's Max Verstappen, as the storm clouds over Austria's Red Bull Ring lifted long enough for some action.

The wet session had been delayed by 46 minutes but Hamilton, an acknowledged rain master, did not disappoint with one of the finest laps of an already stellar career.

"Very rarely do you see performances that are just not from this world," Wolff, who has witnessed plenty of special moments with champions Mercedes, who have won an unprecedented six successive title doubles, told reporters in a video call.

"When you look at the onboard of his lap, he was balancing the car on the edge, aquaplaning, throttle control was incredible."

Wolff said the team's new Dual-Axis Steering (DAS) system was not a factor either, with it not used on any of the qualifying laps.

Instead, it was simply one of those moments where the stars aligned.

"I think driver and car merge into one, where a perfect car with the tyres in the right window, and perfect driveability on the power unit, come together with skill and intelligence of a racing driver," said Wolff.

"Only then do you see these kind of performances."

Hamilton, whose third pole in Austria extended his F1 record to 89, recognised it had been special and that even the smallest lapse in concentration could have had potentially major consequences.

"It was the worst conditions we could probably get these cars around in," said the 35-year-old.

"Honestly, it was a fantastic lap -- the last one. The importance of managing your time out there, managing your battery pack, knowing when to use the few laps you have on the qualifying modes, creating the gap, not making a mistake.

"That last lap for me was really as close to perfect as I could get it in those conditions. It definitely takes me back to times like Silverstone 2008 when you are really at one with the car and you're not fazed at all."