Haryana farmer's son tops Civil Services exam, says 'Anyone can do it' 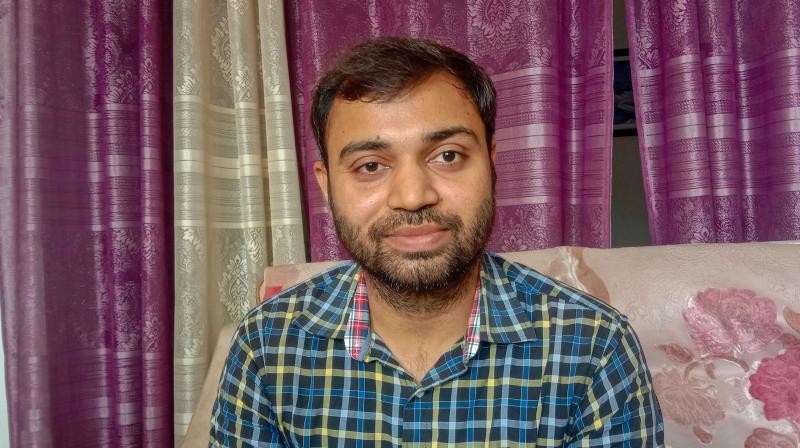 Chandigarh, August 4 (IANS): 29-year-old Pradeep Singh who topped the Civil Services exam 2019 has success mantras that can help crack the prestigious test and even lifes many complicated crises codes.

Speaking to the media after the Union Public Service Commission (UPSC) announced the test results on Tuesday, Singh said the mantra for success is simple: "If one has determination, he will achieve success."

Son of a farmer from Haryana's Sonipat district, Singh (29) looks up to his father Sukhbir Singh for inspiration. "My father motivated me a lot, while my teachers and mentors too played a crucial role behind my success," said Singh, who is a firm believer of self-learning.

"If a person from a modest background like me can top the Civil Services exam, anyone can do it. You just need strong determination to realise your dreams," Singh told the media.

Singh, who topped the prestigious exam in his fourth attempt, added: "At one point of time, I almost decided to stop preparing for the exam, but my father told me not to lose hope. Self-motivation is the key to success."

Last time Singh had ranked 260th in the Civil Services exam and he is presently undergoing training as an Indian Revenue Service (IRS) officer in Faridabad.

His father is a former sarpanch of Tewri village in Ganaur block, while his mother is a homemaker. For Singh, getting quality education with limited resources at his disposal was the real challenge.

On his future plans, Singh said: "I want to serve my home cadre (Haryana) and help the downtrodden through the various government schemes."

The 29-year-old is fond of reading books, newspapers and periodicals besides surfing the internet to widen his knowledge base.

After completing his graduation in engineering, Singh cracked the Staff Selection Commission exam and joined his first job as an Income Tax officer in Delhi five years ago.

"My son has proved that even a candidate from a humble background can become an IAS officer," said his father Sukhbir Singh.

This year, a total of 829 candidates have been selected for the various services, including 66 who have been provisionally recommended. Singh is followed by Jatin Kishore and Pratibha Verma, who is also the highest ranked among the female candidates.