High-level task force set up to work on frontiers of vaccines, drug testing 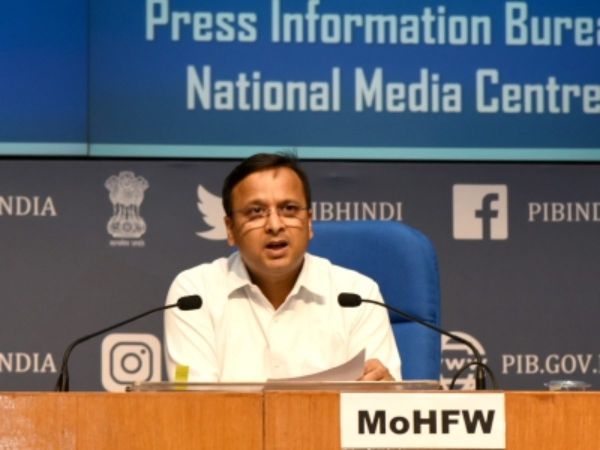 New Delhi, April 19 (IANS) The Health Ministry on Sunday said that there are no new cases in 54 districts in the country and also announced that a high-level task force has been constituted to work on cutting edge vaccine and drug testing.

At the daily media briefing, Lav Agarwal, Joint Secretary, Ministry of Health and Family Welfare, said: "A high-level task force has been constituted to work on the frontier of vaccine and drug testing. Its main task is to speed up academia, industry and international efforts."

It will be co-chaired by the Principal Scientific Advisor to the Government and NITI Aayog Member, he added.

"Under this, the Department of Biotechnology has been made the central coordination committee to develop the vaccine. It will make efforts to identify the pathways for vaccine development.

"We will make efforts to make a dynamic list of national and international efforts of those working on vaccine development and monitor their progress.

"In this task force, clinical cohorts, which will focus on long term follow up of people for better understanding of disease and its management, will be worked on," Agarwal said.

"There are no new cases in 54 districts in 23 states and UTs in the country in the last 14 days," Agarwal said.

The Health Ministry also said that there are a total of 755 dedicated hospitals and 1,389 dedicated health care centres in the country which takes the total dedicated facilities where severe or critical patients can be treated to 2,144.