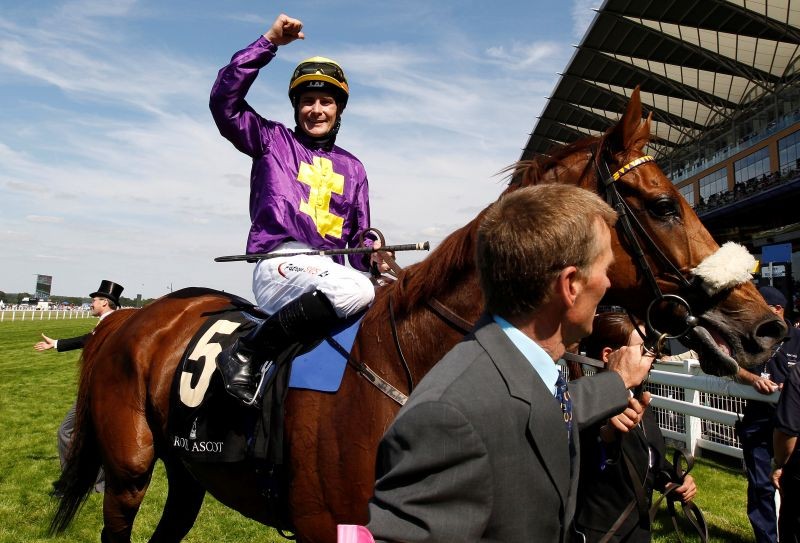 DUBLIN, September 16 (Reuters): Nine-time Irish champion jockey Pat Smullen has died aged 43, just over a year after retiring from racing as he had treatment for pancreatic cancer, British media reported on Tuesday.

He helped raise over 2.5 million euros ($2.96 million) for pancreatic cancer trials and research by organising a legends race and was hailed as “the ultimate professional” in tributes.

Smullen, from Rhode in County Offaly, won the Epsom Derby and the Irish Derby in 2016 on Harzand, trained by Dermot Weld.

He had previously won the Irish Derby with Grey Swallow in 2004, as well as the Irish 1,000 Guineas twice, the Irish Oaks and the Irish St Leger four years running.

Smullen was also a Gold Cup winner at Royal Ascot with Rite Of Passage, and won the Champion Stakes on Fascinating Rock.

"Pat Smullen was the ultimate professional," said fellow jockey Ross Coakley after news of his death.

"Pat was one of our greatest stars. He was nine-times champion jockey, but in many ways his greatest achievements were out of the saddle," added Horse Racing Ireland chief executive Brian Kavanagh.

"Since his diagnosis he did wonderful work fundraising for charity and he battled this disease with great heart and it's hard to believe he has passed at such a young age."