'I cannot save everybody': Houston doctor fights newest COVID-19 surge 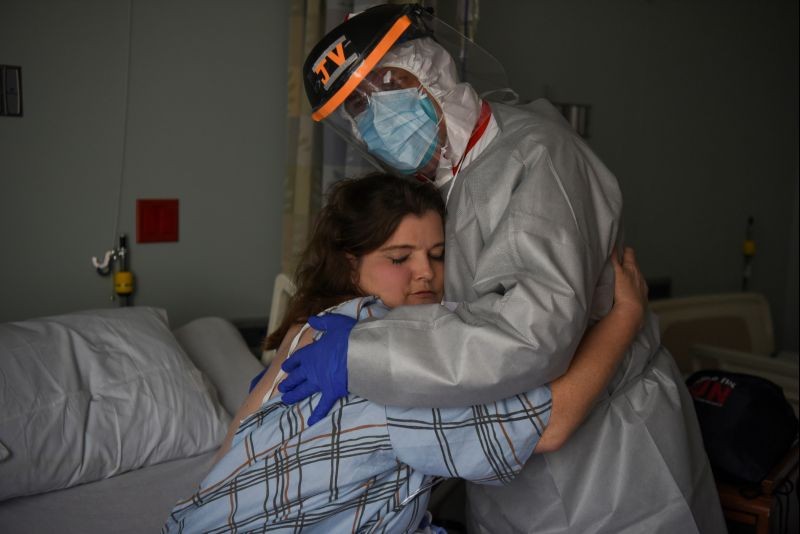 HOUSTON, July 29 (Reuters): The scene inside United Memorial Medical Center in Houston has become all too familiar: overwhelmed medical staff fighting to curb the wave of COVID-19 patients that come through the hospital’s doors every day.

While in earlier pandemic hot spots like New York the medical emergency has subsided, Texas is among the many U.S. states battling a resurgence of the virus that is straining their healthcare systems.

Dr. Joseph Varon, the chief medical officer of United Memorial Medical Center (UMMC), said he is afraid he will soon face a dilemma many doctors elsewhere said they confronted earlier in the pandemic: deciding who to save.

"I'm afraid that at some point in time I'm going have to make some very serious decisions," he told Reuters in an interview. "I'm starting to get the idea that I cannot save everybody."

Varon, 58, is overseeing the hospital's unit dedicated to COVID-19 patients, where he said he tends to an average of 40 people a day. He said he signed more death certificates in the last week than at any point in his career.

Earlier this month, Reuters followed the lung and critical care specialist on a shift as he hurried through the hallways - a small cohort of nurses and medical students in tow - pausing to inspect X-rays or medical charts and check on patients, at times offering them words of comfort or reaching out to hold their hand.

Many of those in Varon's COVID-19 unit needed nasal tubes to help them breathe, some required intubation.

In the afternoon, the physician and his team rushed to resuscitate a patient, performing CPR on the man who was later pronounced dead. Medical personnel covered his body in white sheets and wrapped it in a biohazard bag.

As the coronavirus pandemic that has gripped the nation for months showed little signs of abating, healthcare workers on the frontlines often fall prey to the virus that has killed around 150,000 people in the United States.

Varon's team is no exception. Christina Mathers, a 43-year-old nurse at UMMC, was told she tested positive for COVID-19 last week after she reported feeling ill during her shift.

"That's the hardest thing to ever hear... It messes with you," said Mathers, who has been working every other day since April 29. "But I wouldn't go anywhere else but here."

Varon, who was a hospital intern when a huge quake struck Mexico City in 1985, said dealing with the virus has been incredibly challenging for medical professionals. "Throughout my life, I have been in major disasters," he said. "Nothing has been as difficult to deal with (as) COVID."

Riley Harrison, 67, said he started feeling out of breath at work and that he struggled to get enough air in his lungs to call his wife, who also contracted the virus. Now, they are both hospitalized at UMMC.

"I couldn't breathe," Riley said in a whisper as oxygen flowed through tubes in his nose. "If you got a death wish, play with COVID."

Medical experts and officials have been sounding the alarm on the growing number of young people who are falling ill with COVID-19, warning they should not discount it as a virus dangerous for elderly people alone.

Eighteen-year-old Larissa Raudales had trouble breathing and said her lungs hurt when she was taken to UMMC. With medication, she was starting to feel better.

"I was terrified... I thought I couldn't breathe anymore," she said. "I just thought I was going to practically die right there."

Texas, along with California and Florida, has emerged as one of the new national hot spots. So far in July, the state has more than doubled its cases to over 400,000 total. Deaths rose by 32%, or over 1,000 lives lost, in the last week alone. But lately the number of new cases has slowed and hospitalized COVID-19 patients are down from record highs.

Dr. David Persse, the health authority for the Houston Health Department, said hospitals in the area were "struggling" as they dealt with a shortage of personnel to tackle a crisis that has been dragging out for months.

"The people who work in hospitals are exhausted... It takes a physical and an emotional toll on you," he said. "It's not always been pretty but it's been functional, and this is why we call it a disaster."