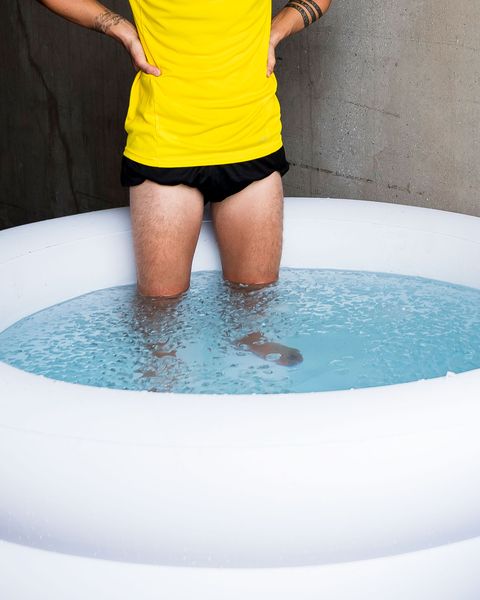 New Delhi, December 3 (IANS) Successful athletes such as Andy Murray and Jessica Ennis-Hill are known for using ice baths after exercise, however new research suggests that ice baths aren't helpful for repairing and building muscle over time, because they decrease the generation of protein in muscles.

According to health experts here, rather going for ice bath people can opt to get mild massage, consume protein before bed, and drink plenty of water.

Ice baths, also known as cold-water immersion, are still touted as a popular strategy for both acute recovery, on a timescale of hours and days, as well as adaptation to training over weeks and months.

"Yes taking ice bath has certain rejuvenating and refreshing properties which may help one to be active, but is not a proven fact that it will certainly help in muscle building as science behind such conclusions is not robust," Gaurav Rathore, Associate Director, Department of Orthopedics and Joint Replacement, Jaypee Hospital in Noida, told IANS.

"At the same time it can bot be recommended to general public as our athletes have very controlled and disciplined environment, hence in certain conditions they come up with their own idea of fitness," Rathore added.

He suggested that rather going for ice bath one can opt to get mild massage, consume protein before bed, take enough sleep, rest, and drink plenty of water which are also essential components for muscles building.

Thestudy, published in the Journal of Physiology, found that ice baths are particularly ineffective for the latter, adaptation.

Acccording to Yash Gulati, Senior Consultant, Orthopaedic Surgeon, Indraprastha Apollo Hospitals in New Delhi told IANS: The idea behind using ice baths is to reduce the inflammation and not for repairing or building the muscles. The purpose of the ice baths is to decrease the swelling after acute pain.

"But there's no impact of ice baths on the generation of new proteins in the muscles," Gulati said.

Gulati added that alternatives ice baths can be physiotherapy and strengthening exercise.