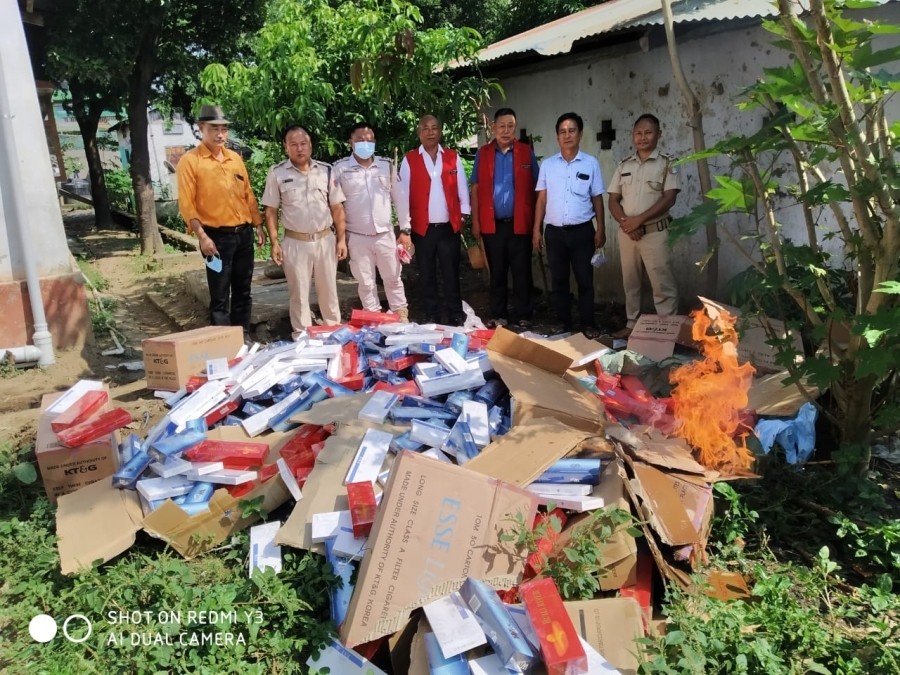 DIMAPUR, OCTOBER 18 (MExN): 24,000 packets of foreign made cigarettes illegally imported to Dimapur were destroyed at the Diphupar Police Station in the presence of the Diphupar village council chairman and Head GB and others of the destruction committee on October 17.

The Diphupar police arrested three accused for possession and transportation of the seized cigarettes. A press release from the Public Prosecutor and Chairman of the Destruction Committee, T Marlemba informed that the action was taken in pursuance of pre trial order dated October 15 passed by Somet Chumden Chang, Chief Judicial Magistrate, Dimapur.

The pre trial destruction order was issued after confiscation of the articles as prayed by the respective investigation officer under the grounds of no proper storage space and the articles being hazardous to health and vulnerable to theft.