In Asia, Pompeo expected to bolster allies against China 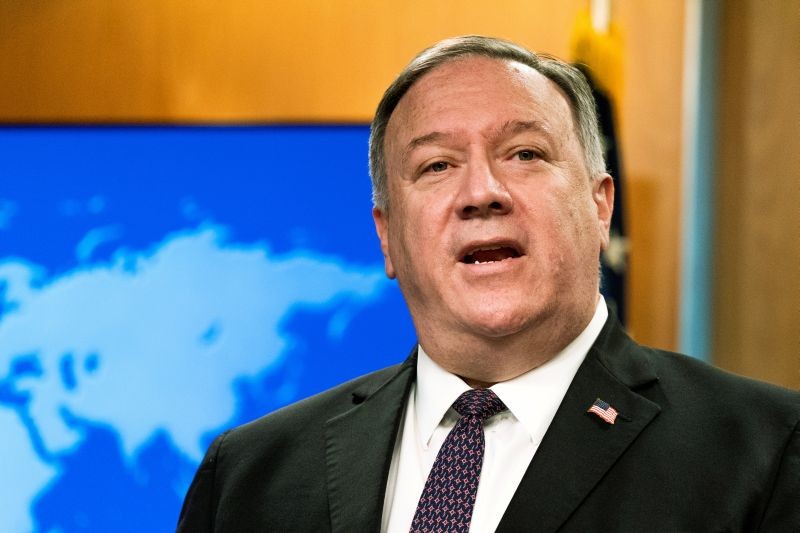 NEW DELHI, October 23 (Reuters): U.S. Secretary of State of Mike Pompeo is flying to India next week to strengthen strategic ties with a nation that is locked in a military standoff with China, in Washington's latest effort to bolster allies against Beijing.

As part of an intensifying pushback against China's economic and military power in the region, Pompeo will also travel to Sri Lanka and the Maldives, two Indian Ocean countries struggling with a mountain of Chinese debt incurred to finance big infrastructure projects.

Pompeo will conclude his trip, which comes in the final week before the U.S. presidential election, in Indonesia, which is also locked in territorial disputes with China in the South China Sea.

"We're looking forward to strengthening critical relationships with our friends and partners, emphasizing our deep commitment to the Indo-Pacific and advancing our vision for long-term partnership and prosperity in the region," said Dean Thompson, principal deputy assistant secretary at the State Department's Bureau of South and Central Asian Affairs.

Washington has been ramping up diplomatic pressure on China, and President Donald Trump has made being tough on Beijing a key part of his campaign to secure a second term.

Pompeo led a meeting of foreign ministers from India, Japan and Australia this month in Tokyo, a grouping that could be a bulwark against China's growing assertiveness in the region.

Next month, India hosts 'Malabar', the biggest naval wargames in years, with the United States, Japan and Australia - an exercise that China has in the past opposed.

During the trip, which Defense Secretary Mark Esper will join, India is expected to sign an agreement that will give it access to sensitive U.S. satellite data to help improve targeting of missiles and drones, Indian officials said.

"There is great further potential in our defence cooperation," an Indian official said.

In what will be the first visit by a U.S. Secretary of State to Sri Lanka in over a decade, Pompeo will convey support for a "strong, independent and democratic Sri Lanka," Thompson said.

He will urge Sri Lankan leaders to scale back dependence on China, which has invested billions of dollars building ports and highways but left the island nation in debt.

"We urge Sri Lanka to make difficult but necessary decisions to secure its economic independence for long-term prosperity," added.

The island is a key part of Chinese President Xi Jinping's Belt and Road Initiative but the government has in recent years sought to improve ties with India, United States and Japan.

Similar efforts are under way to push back against Chinese influence in the Maldives, tropical islands that lie on key shipping lanes.

"Expected discussions ... include the global battle against the COVID-19 pandemic as well as ongoing and future collaboration," the Maldives government said in a statement.

Pompeo's visit to Indonesia comes amid an escalating U.S.-China rivalry that is being vigorously contested in Southeast Asia, especially in the South China Sea, which China claims as almost entirely its own territory. The claim is opposed by many states in the region, including Indonesia.

"The United States and Indonesia share a vision of a rules-based order in Southeast Asia, and the United States is a stalwart supporter of Indonesia's sovereignty," David Stilwell, assistant secretary at the State Department's bureau of East Asian and Pacific Affairs, told reporters.

The State Department this week approved the potential sale of three weapons systems to Taiwan, including sensors, missiles and artillery that could have a total value of $1.8 billion.

Washington asked Indonesia in July and August to grant landing and refuelling rights to its P-8 surveillance planes, which monitor Chinese military activity in the resource-rich waterway.

The request was rebuffed by President Joko Widodo, according to four senior officials.

Indonesia has long followed a neutral foreign policy and has never allowed its territory to be used as a staging ground for foreign military operations.

"There are commercial issues, security issues and diplomatic issues where the United States has already improved the relationship between the countries," Pompeo said this week. "But there's more that we can do."