India, China agree that differences should not become disputes after key phone call 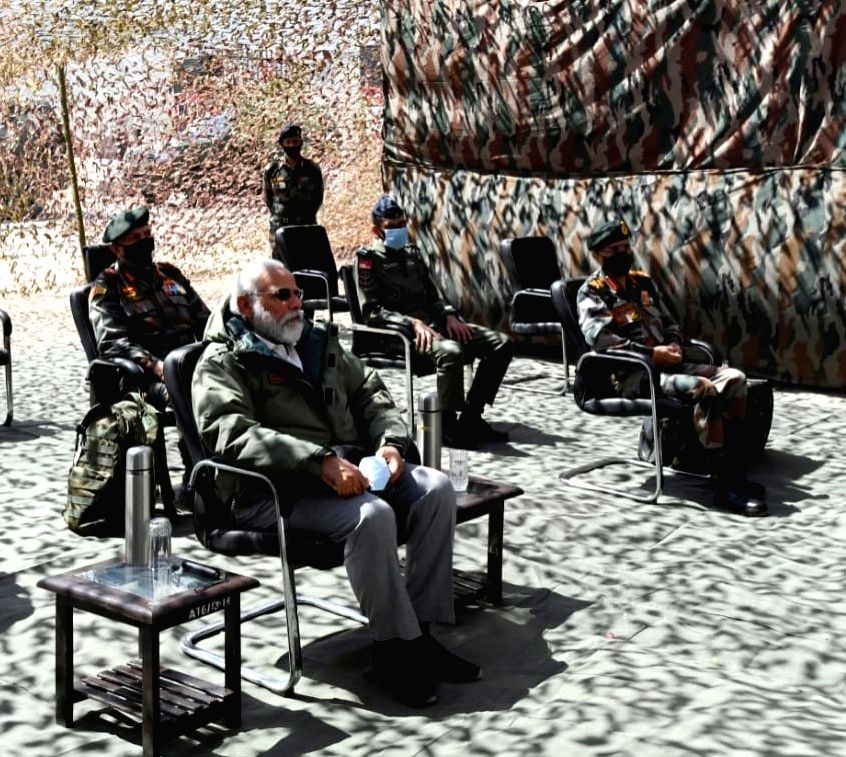 Beijing, July 6 (IANS) With Prime Minister Narendra Modi visiting the forward areas in Ladakh over the weekend coupled with sustained diplomatic pressure, the India-China border face-off appears to have reached some sort of settlement. This disclosure comes day after a disengagement process began in three of the four friction points along the LAC in Ladakh.

However, the Chinese statement on the talks, released on Monday, doesn't appear to be a climbdown from its stated position, even as it sought both sides adhere to strategic judgments and crucially not allow differences to become disputes.

Wang said that this year is the 70th anniversary of the establishment of diplomatic relations between China and India. China-India relations have withstood the test of ups and downs, and it is not easy to achieve today's development, he said.

"Not long ago, what happened in the western part of the border between China and India in the Galwan Valley is very clear. China will continue to effectively defend its territorial sovereignty and the border area and peace," it said.

The Chinese Minister emphasised that the realisation of development and revitalisation is the first priority of China and India, and China and India share long-term common strategic interests in this general direction. The two sides should always adhere to strategic judgments that do not pose threats to each other and provide opportunities for development, attach great importance to the complex situation facing the current relationship between the two countries, and work together to overcome and reverse them as soon as possible, the statement said.

It is hoped that India and China will act in the same direction, correctly guide public opinion and public opinion, maintain and promote normal exchanges and cooperation between the two countries, avoid adopting practices that expand and complicate disputes, and jointly safeguard the overall situation of China-India relations, it added.

The two sides exchanged frank and in-depth views on easing the current state of affairs between the two countries' borders and reached a positive consensus, the statement said.

1. The two sides agree to follow the important consensus reached by the leaders of the two countries and believe that maintaining peace and tranquility in the border area is crucial to the long-term development of bilateral relations. The border issue should be placed in an appropriate position in bilateral relations to avoid the rise of differences into disputes.

2. The two sides reaffirmed their observance of a series of agreements signed by the two countries on the border issue and worked together to ease the situation in the border areas.

3. The two sides agreed to strengthen communication through the special representative meeting mechanism, hold non-stop meetings on the China-India Border Affairs Consultation and Coordination Working Mechanism, and constantly improve and strengthen confidence-building measures in the border area to avoid recurring incidents that affect peace and tranquility in the border area.

4. The two sides welcome the progress made in the recent military and diplomatic meeting between the two countries and agree to continue the dialogue and consultations, and emphasize that the consensus reached at the level of the two border defence forces at the military level should be implemented as quickly as possible to complete the disengagement process of the front-line forces of both sides as soon as possible.