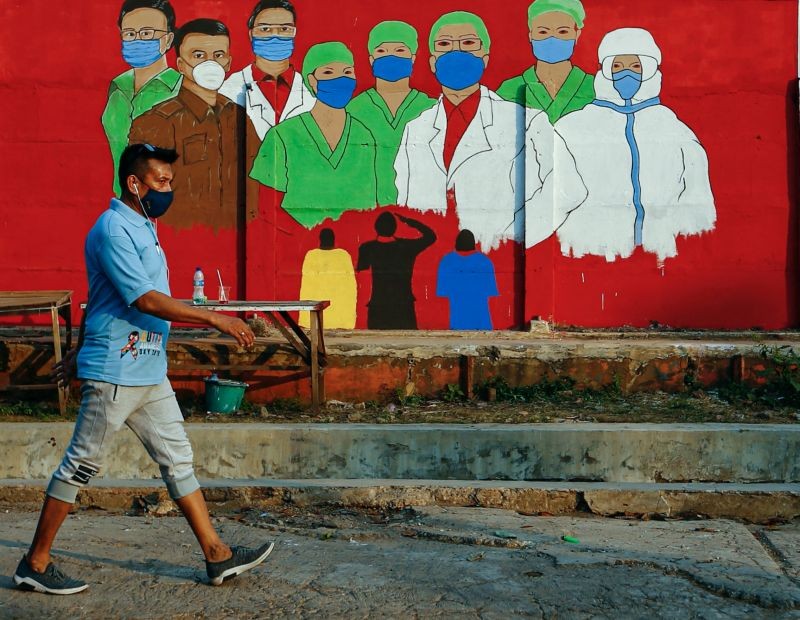 The 134 deaths reported on Thursday took total fatalities to 7,750 from among Indonesia's 184,268 cases. Public health experts say the real number is likely to be higher given Indonesia's low testing rates.

The new records come in a week when Indonesian President Joko Widodo said he expected cases to peak this month and the public should focus on declining active cases rather than overall infection numbers.

Despite his optimism, epidemiologists said Indonesia was struggling and needed to change tack.

"We haven't managed to control transmission and remember the COVID-19 pandemic is not spreading randomly, but in distributed clusters in very large areas," Pandu Riono, an epidemiologist at the University of Indonesia told a virtual news conference.

"We have to change strategy."

Riono called for improvements in basic measures from testing to contact-tracing and isolation.

Ainun Najib, from KawalCOVID-19, an independent website that collates coronavirus data, said key data such as rising case numbers and a positivity rate at 15% in August, indicated Indonesia was still at the "start of the pandemic".

In the capital Jakarta, the virus epicentre, there have been almost 1,000 new cases each day this week, pushing hospital bed occupancy rates higher.

Patients treated for suspected coronavirus infections at Jakarta's main COVID-19 referral hospital have more than tripled from July to August.

The government has been critcised for prioritising the economy over public health, with belated and poorly enforced lockdowns and an unwillingness to restrict economic activity, such as at factories, where clusters have emerged.

"It is the duty of the whole community to apply good health protocols," he said.