Japan to boost stimulus to $1.1 trillion due to cash payouts to ease virus pain: draft 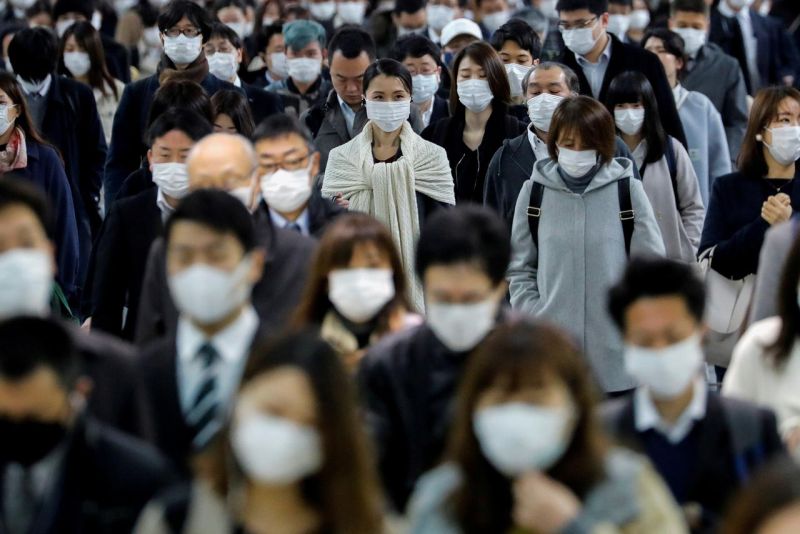 FILE PHOTO: People wear face masks at Shinagawa station during the rush hour after the government expanded a state of emergency to include the entire country following the coronavirus disease (COVID-19) outbreak, in Tokyo, Japan, April 20, 2020. REUTERS/K
World
20th April 2020

People wear face masks at Shinagawa station during the rush hour after the government expanded a state of emergency to include the entire country following the coronavirus disease (COVID-19) outbreak, in Tokyo, Japan, April 20, 2020. REUTERS/Kim Kyung-Hoon/File Photo

TOKYO, April 20 (Reuters) - Japan’s government is boosting its new economic stimulus package by 8% to $1.1 trillion to fund cash payouts to lessen the pain from the coronavirus outbreak, a draft obtained by Reuters showed, straining its already dire public finances.

The upsized package will total 117.1 trillion yen ($1.086 trillion), with fiscal measures accounting for 48.4 trillion yen, of which around 25.6 trillion yen will be funded by an extra budget for the fiscal year that began on April 1, the draft showed.

The initial plan had detailed payouts of 300,000 yen to households with sharp drops in incomes hit by the outbreak, but pressure has mounted on Abe to boost the help with a payment of 100,000 yen for every citizen.

The change would triple the cost to the government to 12 trillion yen from original 4 trillion yen. An initial extra budget was worth 16.8 trillion yen.

The government now plans to issue extra bonds worth 25.6914 trillion yen to fund the revised supplementary budget, the draft showed.

Of the extra bond issuance, some 23.3624 trillion yen will be deficit-covering bonds and the reminder will be used to finance infrastructure spending.

The extra borrowing will add to the industrial world’s heaviest public debt burden, which is more than twice the size of Japan’s $5 trillion economy.

It is rare for the government to compile an extra budget at the start of a new fiscal year, and it is even rarer to revise a budget draft that has once been approved by the cabinet after coordinating closely with ruling coalition.

Last week, Abe, who has seen been criticized by some over his handling of the pandemic, apologized for confusion over a plan to start distributing coronavirus relief payments next month.

Abe’s cabinet is expected to endorse the stimulus spending plan as early as Monday.

Japan has reported more than 11,000 infections, of which more than a quarter are in Tokyo.