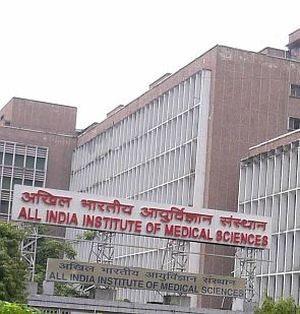 New Delhi, July 6 (PTI): A 37-year-old journalist undergoing treatment for COVID-19 at the AIIMS Trauma Centre in New Delhi died after allegedly jumping off the fourth floor of the hospital building on Monday afternoon, officials said.

The journalist used to work for a Hindi daily and was a resident of northeast Delhi's Bhajanpura, they said.

The incident took place around 2 pm. The man jumped from the fourth floor of the Trauma Centre and was shifted to ICU,Devender Arya, Deputy Commissioner of Police (southwest) said.

Doctors at the Trauma Centre, which has been converted to a dedicated COVID-19 facility, tried to revive him but he succumbed to the injuries, the hospital authorities said.

AIIMS issued a statement that said the journalist was admitted to AIIMS Jai Prakash Narayan Apex Trauma Centre on June 24 with COVID-19.

He was making significant recovery from COVID symptoms. He was stable on room air on Monday and was planned for shifting to a general ward from the ICU, it said.

He earlier had a surgery for frontal lobe meningioma (a type of brain tumour) at the G B Pant hospital New Delhi in March 2020.

"While he was at the Trauma Centre for treatment of COVID-19 he was having bouts of disorientation for which he was seen by a neurologist and psychiatrist and put on medication.

'The family members were regularly counselled regarding his condition. At around 1.55 pm today, he ran out of TC-1 where he was admitted. Hospital attendants ran after him and tried to stop him. He ran to fourth floor where he broke a window pane and jumped out,' the hospital said in the statement.

The reporter was immediately moved to the ICU in Trauma Centre in an ambulance. He was intubated and resuscitation was tried but unfortunately, he succumbed to injuries at 3.35 pm, it added. 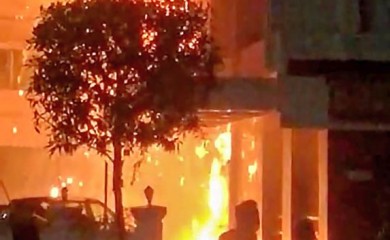 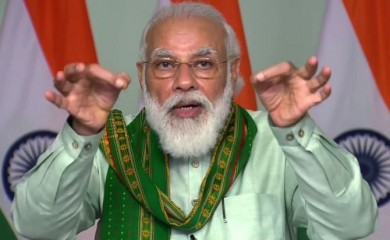 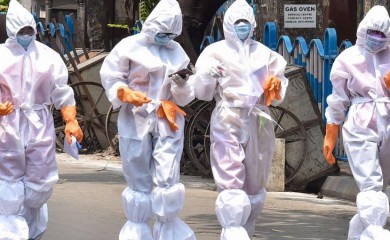