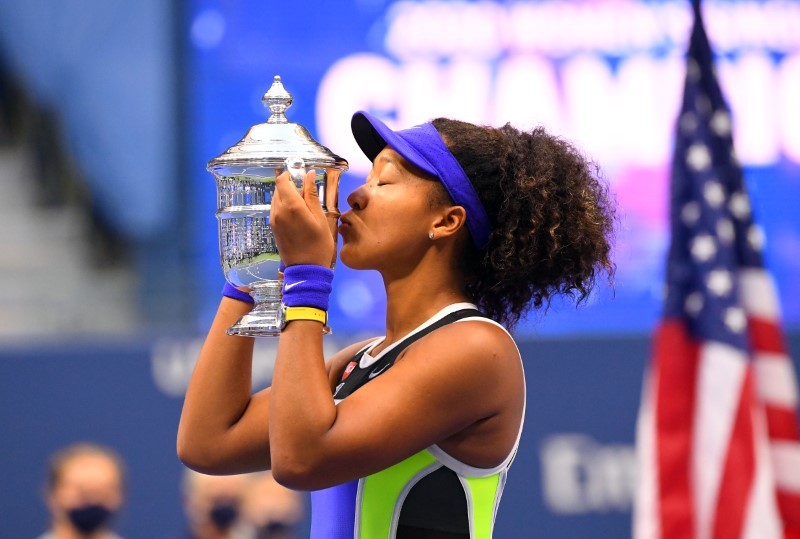 TOKYO, September 13 (Reuters) - As they celebrated Naomi Osaka's victory in the final of the U.S. Open in Flushing Meadows on Saturday, Tokyoites were eager to embrace their heroines' stand against racial injustice.

Osaka, who won her third Grand Slam title with victory over Victoria Azarenka, has used her platform to support the Black Lives Matter (BLM) movement, wearing a mask bearing the name of a different Black American before each of her seven matches in the championship.

Osaka, who has a Japanese mother and Haitian father, has become the face of a changing Japan coming to terms with challenges to its self-image as a racially homogenous society.

Her efforts on and off the court in New York were welcomed by Tokyoites on Sunday.

"I jumped for joy (at her win)," said Kazuyoshi Hosoya, who was looking to buy an edition of a newspaper celebrating Osaka's win.

"I know she is protesting and I have heard on TV that she was doing her best to use all the seven face masks (by reaching the final)."

"I think this is amazing that she actually accomplished using all the seven masks."

Osaka's strident views on social media have made her an icon for many young Japanese.

"I am very happy that Naomi, who is an influential person, said 'Black Lives Matter' in a public place," said 16-year-old Mari Maeda.

"I am happy that her message was received not only in the U.S. but also the world, including Japan."

A report in Japanese newspaper Mainichi on Friday cited unnamed sources at one of her sponsors as criticising her BLM stance, saying they would prefer her to concentrate on tennis.

With her win in New York, Osaka cannot be accused of letting her activism become a distraction and going by the comments of those in Tokyo on Sunday, the sponsor may have misjudged public sentiment.

"Including myself, I think there are many people who are not interested in a topic like racism," said office worker Masateru Tanimoto.

"But (Osaka) has created an opportunity to open the topic...

"Although people may agree or disagree, I think it is a good thing that the issue has become a topic of discussion."