Kents Vlog: The rise of a food vlogger

Shot with no fancy gadgets but fueled with so much passion and energy, Apollos Kent’s vlog titled “Catch snail, cook with maize and eat in Naga style” which he posted three months ago on his YouTube Channel- Kents Vlog has fetched over 2.3 million views and still counting. It is his very own recipe, inspired by his wife who suggested “why don’t you try something different?”

“In the village, we normally cook snails with pumpkin but it turned out great with maize and other ingredients including mustard sauce, which my mom used to ferment and I love it so much,” he expresses in an exclusive interview with The Morung Express. 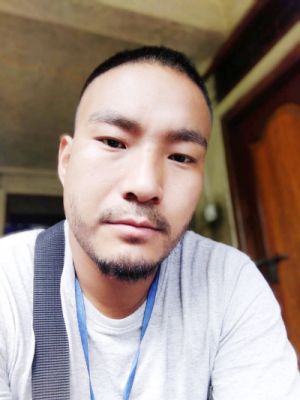 A self-taught vlogger, Kent registered his first YouTube channel in August 2018. “Some of my videos went viral but suddenly a nightmare happened- it got hacked in December that very year and I couldn’t continue with it. But I didn’t give up, and I started another one,” he says.

In June this year, Kents Vlog came into being with the whole motive of showing how Nagas eat and their very way of life.

“I want it all to be authentic and natural. All my videos are shot in my village (Sendenyu). We are farmers and I love hanging out in the fields. I find it peaceful here, it’s natural, and I love my natural background,” he articulates.

The youngest among 10 siblings, Kent quit studying while he was in the 11th standard owing to financial problem at home. “I felt like I was in the middle of nowhere and since I was not well qualified, I stayed in the village and helped my parent’s farm,” he puts across. Last year, he joined UPS (Universal Power Solution) as a field staff in the state capital.

“I don’t have enough money, even my salary isn’t much, so I thought maybe I should start a YouTube channel,” he states. “I didn’t even have a camera for my vlogging,” he relates. But it was out of a little shop he ran alongside that fetched him a smartphone to kick start his interest of vlogging, which he has nurtured over the years.

All his videos are interestingly shot by his wife even as he goes on to say, “my wife supports me a lot. Even if I don’t have money and success, she motivates me to keep going.” Kent is a father of three sons and speaking of his eldest son, who is 6 years old, he fondly recollects, “He just loves my videos. Sometimes I leave my phone in the room and when I come back, I find him acting like me.”

What really sparked his interest in vlogging in the beginning was Mark Wiens Shows. “He is one of the best you tubers in the world and he inspired me a lot,” he professes.

In his attempt to share with the world a glimpse into the Naga culture and food habits, he also reminisces about making videos of making sling shot while putting across that “we, Nagas practice that. We make mud balls…” Another video is about primitive bee hunting without any protection, but just go and harvest bees, he says while adding that, “it’s kind of fun.”

He is grateful to people who have been supporting him throughout this journey. “There are some people who don’t like my videos and leave bad comments, but I just ignore them and carry on with what I have set out to do”, he expresses.

The 30-year old vlogger is just looking to make authentic and good food videos, which are natural and although currently based out of Kohima, if a new video idea stirs in his mind, nothing will stop him from heading to his village, where, he insists, all good, natural things are. Besides vlogging, he also loves to sing. “And hanging out in the jungle, not in the cities, I love to be natural”, he reiterates before signing off.