Farmers in Khonoma have been left worried after an infestation of worms damaged their potato farms. (Inset) An image of the worms which damaged the crops.

About 20 hectares of potato cultivation in Khonoma village, the ‘organic village’ under Kohima district have been infected with worms for the past two weeks. Amid the COVID-19 pandemic, this infestation has left farmers whose livelihood depends on farming and agriculture, worried.

This same infestation of worms has been reported from Pughoboto under Zunheboto and Khuzama village as well.

Nisorieno Meru, a farmer from Khonoma said that the infestation started about two weeks back. However, the farmers could not detect the worm infestation until a week back and by then, the numbers of worms and increased and much of the potato leaves were destroyed.

She also informed that the worms have started feeding on cabbages, beans and carrots in the gardens too, and the Department Of Agriculture has been apprised of the worm infestation.

Subsequently, the department has provided three types of bio-pesticides to the farmers which are being sprayed on the crops and the effects of the pesticides are awaited. The farmers, she stated are worried about the produce, as the worm infestation started when the potatoes were growing at their healthiest and the tubers were beginning to form.

Meanwhile speaking to The Morung Express, Dr M Aleminla Ao, Professor at School of Agricultural Sciences and Rural Development (SASRD) Medziphema, department of Entomology with 30 years of experience, suspected it could be another type of army worm.

“It seems to be green semilooper belonging to the family of Noctuidae and order Lepidoptera” however, she said a proper study, observation and adult stage is required to identify the species.

When enquired what could be the factor of worm infestations, Dr Aleminla suspected that it could be either due to eggs might being brought in while transporting seeds or climate change wherein the worms become mature and heavy infestation takes place.

She also suggested on collection and destruction of egg mass and early gregarious caterpillars and also application of NSKE@ 4.0% and bacillus thuringeinsis kurstaki @ 500g/ha and need based spraying of the crop with 0.05% malathion or cypermethrin 0.01%

Stating that this a serious problem for the farmers, Dr Aleminla suggested that immediate management should be undertaken to mitigate this problem.

Deputy DAO, Akhrie Yhome also speculated that the worms could be of the cabbage semilooper types, but said that the identification cannot be confirmed yet.

Considering Khonoma is an ‘organic village,’ Yhome informed that bio-pesticides have been provided, and the department will undertake field visit on May 18, to see the control of the infestation. However, he also stated that the effect of the bio-pesticides takes time since it is a fungus type of parasitical which will feed on the caterpillar and thereby, kill the pests.
On being further enquired, Yhome said “we will be inspecting the fields and do the needful and if there is too much damage, provides some alternative seeds to the farmers to mitigate their losses.” 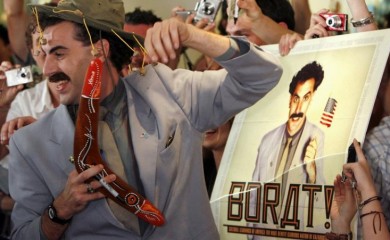