When it comes to music and singing, Nagaland has never been in lack of talent and ability. Over the years, there have been shifts leading to progression in the field of music. Each era has led to a better and more promising period for people called to be musicians, artists, singers, songwriters and likewise for the many other prospect music has to offers. 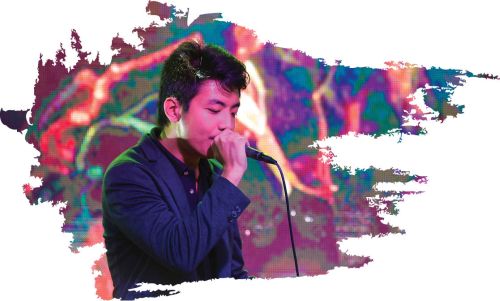 In the current times, music is taking greater steps forward. With the advancement of technology and equipments and also with social media platforms such as YouTube, more people are making a much visible mark as artists.

One such very promising artist emerging in the scene of music in Nagaland and beyond is KL Pamei. In an exclusive interview with The Morung Express, the Dimapur, Nagaland based singer-songwriter talks about his journey as a musician – beginning, process, challenges, inspiration, future plan and many more.

At the age of 21, Pamei is already taking ‘music’ earnestly not just as a hobby but as a career choice. He is currently pursuing studies, ‘music included’ and also teaching music.

“I do not remember exactly when I really took singing seriously but I do know for sure that I have been singing from a very early age,” the singer says while recollecting that he sang whatever came on the television.

Growing up as a “shy kid,” Pamei took the stage for performance “pretty late.” He shares that growing up as shy kid made him feel terrified to sing in front of people. “My first stage debut was at the age of 15 in my school annual competition,” he recounts.

The bashful nature did not stop Pamei from following his musical passion and dreams. There is no hesitation in his responds to the question of whether music and being in this industry was always his career choice?

“Yes, it has always been my desire to do music as my profession regardless of whatever it may be. I just love the art and concept of music which really motivates me to pursue it,” he says with much conviction.

Talking about the biggest influence for his music, Pamei is full of gratitude that he was surrounded by music while growing up. “My uncles and aunties all plays guitar, sings and some even performs. My grandfather sings, writes and has a room full collection of folk songs that he wrote and is still writing. Spending time and watching them as I was growing up had a huge impact on me,” he acknowledges.

Pamei finds inspiration for his music in the “things that matters” to him. “My music is mostly inspired by life experiences, people’s stories and my imaginations,” he says.

Although Pamei has a good number of original song productions to his credit, he chooses to continue as a beginner. Talking about his core values and principles as a musician, he says, “I have a long way to go and I am still yet to experience many things as a musician so I do not have much to say regarding this.” However, he adds, “being grounded, grateful and well focused” are his core values and principles.

As a musician to be in the position where he is right now, Pamei says that along the way, he was fortunately enough to be mentored by some amazing people and musicians including music teachers, music instructors, seniors, producers and others.

“I have learned many to little things from people who I have encountered throughout my journey. Learning is an endless adventure and I believe it is always beneficial to have a mentor and a teacher to sharpen our musicianship and to help us grow,” he believes.

For Pamei, ‘stage fright’ has always been his biggest challenge. “I was always terrified to sing in front of people and unfortunately it took a toll on me which lasted for many years. I won’t really say that I have overcome that challenge however, things are only getting better.”

Looking towards the futures with hope and optimism, Pamei says that the ultimate direction for his musical career would be “to become a well known artiste, working with some great musicians along the way, selling out arenas, records, music tours, and all kinds of cool stuffs.” 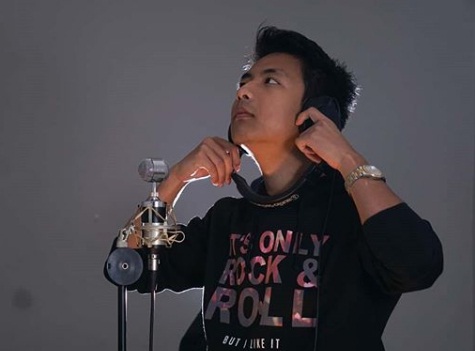 Avowing faith and self-assurance in himself, Pamei says that his musical dream is “to win a Grammy.”

Putting forward a truthful impression on the music scene in Nagaland, Pamei observes that ‘there is no shortage of talents for sure, so many good singers and songwriters are coming up, audio and video production has never been this great and many groups and channels are working hard to promote the talents.’

“However, if we talk about the performing arts and entertainment, then I believe it takes more than just being able to sing or play in order to sustain and go beyond in this industry,” he shares his honest opinion.

Pamei closes the interview with some exciting news for his fans. Currently, he is working on “some sets of originals to put it out as singles very soon” and plans to work on his debut album. Pamei also is looking forward “to become a record producer.” 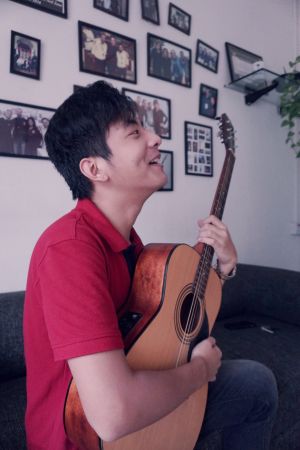