Leclerc apologises to Ferrari for collision with Vettel 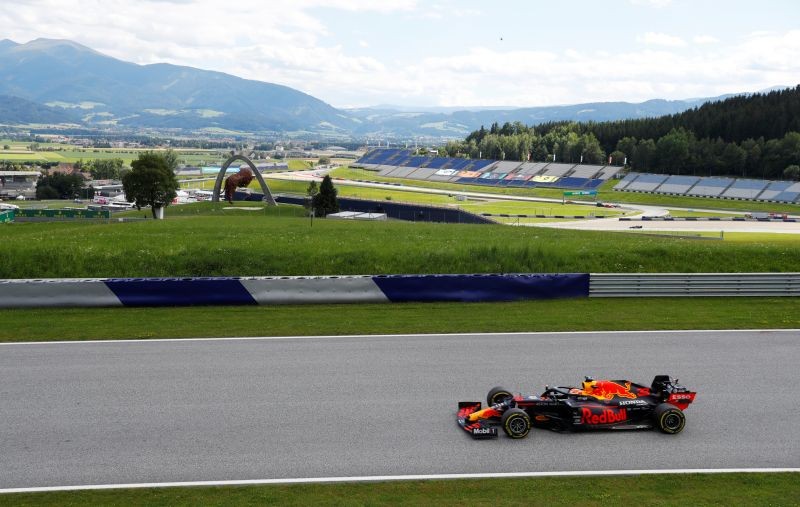 Red Bull's Max Verstappen during the race, following the resumption of F1 after the outbreak of the coronavirus disease (COVID-19) REUTERS/Leonhard Foeger/Pool
Sports
12th July 2020

SPIELBERG, Austria, June 12 (Reuters): Charles Leclerc apologised to Ferrari and his team mate Sebastian Vettel on Sunday after causing a first-lap collision that put both drivers out of the Styrian Formula One Grand Prix.

Both cars suffered damage and returned to the pits, with four-times world champion Vettel wheeled into the garage while Leclerc rejoined in last place after having a new front wing fitted.

The Monegasque, whose car was tipped onto Vettel's after he tried a lunge down the inside of the German and hit a kerb in the turn three incident, retired on lap five.

The 22-year-old recognised he had been over-optimistic in his move.

"I apologised. Obviously, excuses are not enough in times like this," the youngster told Sky television.

"I am just disappointed in myself. I have done a very bad job today, I let the team down. I can only be sorry even though I know it's not enough. I hope I will learn from this and will come back stronger for the next races.

"But it's a tough time for the team. We don't need that. The team doesn't need that and I put all the efforts of the team in the bin. So I'm very sorry."

Ferrari, Formula One's oldest, most successful and glamorous team, are going through tough times with a car that lacks aerodynamic and engine performance compared to last year.

They had rushed through updates but team boss Mattia Binotto said on Saturday they had not shown the expected improvement.

Binotto said there was not much for him to say to his drivers.

"It's a pain to conclude a race in such a way," he said. "I think it's the worst conclusion of a very bad weekend for us...I think it's not the time to look for responsibility or accuse, it's time to work united."

Leclerc, a lucky second in last weekend's season-opener at the same Red Bull Ring circuit, started only 14th after a three-place grid drop for impeding AlphaTauri's Daniil Kvyat in qualifying.

Vettel had lined up 10th on the grid.

"I was fighting two other cars into turn three and then I was very surprised because I had the inside and wasn't expecting Charles to try something," said Vettel, who is leaving at the end of the season.

"I don't think there was any space," added the German.

"Obviously, a big pity, something that we should avoid but not much that I could have done differently. I was just taking it easy and conservative because it was already very busy at the hairpin, it's very tight."

Ferrari had hoped to use Formula One's first back-to-back races at the same circuit to compare data but that opportunity never came.

"For the updates we would really like to get the race on the line and some laps to see where the car is but unfortunately we will not get that," Vettel said.