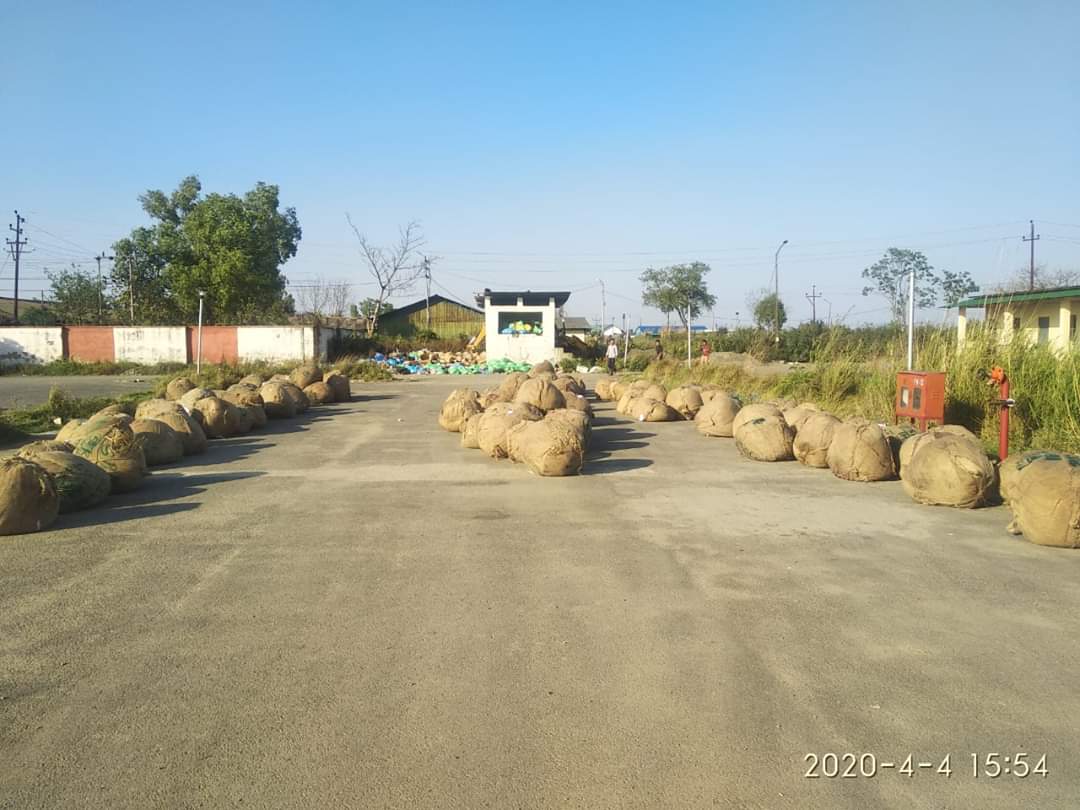 In this photo shared on social media, several packages of betel leaves are seen at Imphal Airport.

Manipur Chief Minister N. Biren Singh has assured the people of the State that action will be initiated as per legal procedures against those who have transported betel leaves through "air cargo at this hour of grief" due to the spread of COVID-19.

According to reports, on Sunday two aircraft landed in the Imphal international airport bring over huge quantities of betel leave causing a huge outcry.

Biren Singh said this in a video message sent out to the media from the Chief Minister’s Secretariat on Monday.

The Chief Minister informed that as per the orders issued by the State Government, transportation of any non-essential item will not be allowed during the total lockdown in the State without prior permission from the Deputy Commissioners concerned and no one will be allowed to transport the betel leaves outside the airport.

The Chief Minister maintained that betel leaves business is not illegal in the State. "However, at this crucial hour when people are distressed due to the pandemic COVID-19 and subsequent lockdown, the government also feels the same angst of the people how the betel leaves which are not an essential commodity are being airlifted in the cargo planes", he added.

Biren Singh then said that the government has taken up stringent measures to keep an eye on the consignment being held up at Imphal airport. A surveillance team has also been deputed to keep vigil on the police personnel who are posted at the airport, he added. Urging people to support and trust the government, the government will not compromise anything which is against the rule of law. Any update on the issue will be informed to the public through media, he added.

The Chief Minister then appealed the people to fight the pandemic COVID-19 collectively and urged people to stay at home, maintain social distancing to contain the dreaded disease. He opined that under the directives of the Union Government, consignments of medical items and essential commodities consisting of PPEs, hand sanitizers, face masks etc. have been airlifted by Indian Air Force aircraft, Indigo etc at three intervals in the State till now.