‘Living in the Present: Nagas in the 21st century’ 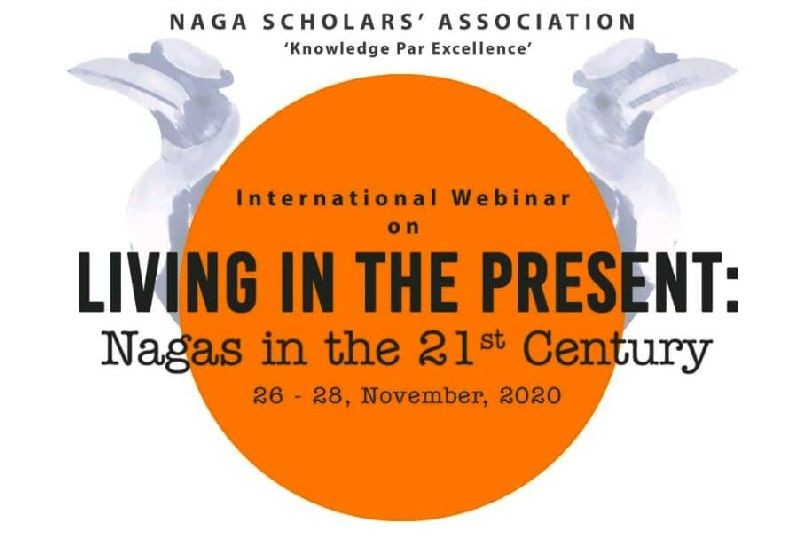 Dimapur, November 24 (MExN): “What constitutes a shared Naga identity today? How do we define Naga cultural values? And how do we negotiate from among the rich diversity of traditions, values we cherish and consider worthy of inculcating in the present and carrying forward into the future? Further, in an age and a world coming apart from the strains of extreme inequalities and environmental crisis, are there choices for indigenous societies, including the Nagas, other than to join the ranks of neo-liberalism’s global workforce? Do traditional Naga society and cultures offer better alternatives?”

To address some of these questions and more, the Naga Scholars’ Association (NSA) is organizing an international webinar on the theme, ‘Living in the Present: Nagas in the 21st Century’ scheduled from November 26 to 28.

According to NSA President, Dr Zuchamo Yanthan the webinar will be inaugurated by Chief Minister of Nagaland, Neiphiu Rio.
Speakers.

Public intellectual Prof Neera Chandhoke will be sharing her insights on the role of ‘Civil Society in Social Transformation, Prof Sanjoy Harazrika, director, CHRI will be talking about his perspectives on conflict resolution in North East India. Journalist Subir Bhaumik, Journalist, Author & Editorial Director at Eastern Link will be participating in the panel discussion on Naga Peoplehood.

Besides these, many academicians, personalities, and scholars will be participating in the conference as chairpersons.
Sessions .

The conference will witness a total number of 64 research papers from different universities and institutions from across the globe.

The entire conference is divided into 14 technical sessions where 14 eminent academicians will chair the sessions and several NSA members teaching in different universities and institutions will be engaged as session organizers, and most importantly, the sessions will be covered by 31 upcoming Naga researchers from some of the leading universities in India as rapporteurs.

Theme
The NSA president in a press release stated that the theme ‘Living in the Present’ implies an awareness and sensitivity to the current developments of the 21st century. It also means envisioning ways in which constructive dialogues take into consideration ways of reflecting on the past, understanding the present, and working towards a shared future. It is a combination of these collective strategies which will equip an indigenous society in transition, like the Naga people, to overcome the challenges we face.

The main vision of the NSA’s international webinar is to engage the Naga scholars throughout the world in a conversation on the state of the Naga people in the first quarter of the 21st century. The conference seeks to bring in some of the active scholars and thinkers for a meaningful dialogue with one another, in the hopes of finding interdisciplinary solutions to existing problems and brainstorming innovative pathways to the future.