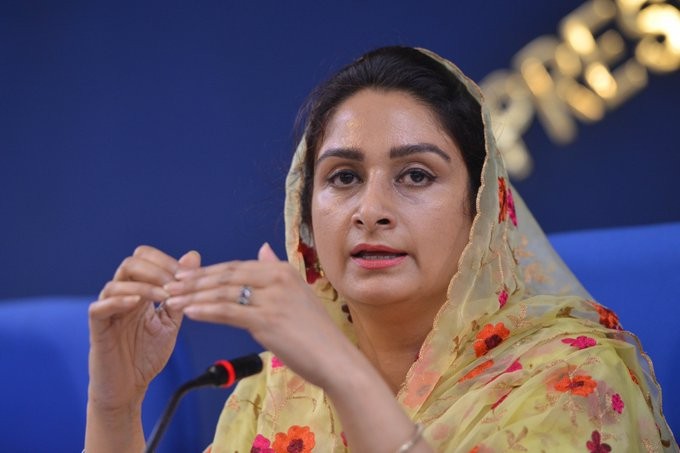 New Delhi, September 17 (IANS):  The Lok Sabha on Thursday passed two contentious agriculture Bills, despite the opposition as well as BJP ally Shiromani Akali Dal terming it an "anti-farmer" move and some staging a walkout, and widespread protests by farmers in various states over the issue.

Union Minister Harsimrat Kaur Badal, of the Akali Dal, resigned from the Narendra Modi government, hours ahead of the voting in the lower House on the Farmers' Produce Trade and Commerce (Promotion and Facilitation) Bill, 2020 as well as the Farmers (Empowerment and Protection) Agreement on Price Assurance and Farm Services Bill, 2020.

Thousands of farmers in Punjab, Haryana and several other states have been staging protests since the government on Monday introduced these Bills in the Lok Sabha on the opening day of the Monsoon Session to replace the Farmers' Produce Trade and Commerce (Promotion and Facilitation) Ordinance, 2020, and the Farmers (Empowerment and Protection) Agreement on Price Assurance and Farm Services Ordinance, 2020 promulgated on June 5.

The Farmers' Produce Trade and Commerce (Promotion and Facilitation) Bill, 2020 seeks provides a new ecosystem in which farmers and traders, as per the government, will enjoy freedom of choice relating to sale and purchase of their produce and facilitates remunerative prices through competitive alternative trading channels to promote efficient, transparent and barrier-free inter-state and intra-state trade and commerce.

Farmers' produce will go outside the physical premises of the markets or deemed markets notified under various state agricultural produce market laws to provide a facilitative framework for electronic trading.

Meanwhile, The Farmers (Empowerment and Protection) Agreement on Price Assurance and Farm Services Bill, 2020, that replaces the ordinance, aims at providing a national framework on farming agreements that protects and empowers farmers to engage with agri-business firms, processors, wholesalers, exporters or large retailers.

This move targets farm services and sale of future farming produce at a mutually agreed remunerative price framework in a fair and transparent manner.

In a veiled warning to the BJP, Akali Dal chief Sukhbir Singh Badal, during the debate in the House, said his party can sacrifice anything for farmers' interests as he came out strongly against the three farm sector-related bills - one passed earlier - and asked the Centre to address the concerns of farmers.

After his speech, Harsimrat Kaur Badal, the Minister for Food Processing, resigned.

In a tweet, she said: "I have resigned from the Union Cabinet in protest against anti-farmer ordinances and legislation. Proud to stand with farmers as their daughter and sister."

The Akali Dal, which initially supported the laws, has now woken up to the potential damage it might cause them in the state and appealed to the Centre to press pause on the issue till the concerns of the farmers are addressed.

But with the BJP remaining adamant, the party decided to withdraw their support to the bills and vote against them in the Lok Sabha on Thursday.

Agriculture Minister Narendra Singh Tomar, while moving these Bills for passage, maintains that these Bills will bring revolutionary changes in the lives of farmers, and assured that "these bills will not affect the Minimum Support Price (MSP)" and will help in making the farmers more advanced.

"MSP was, MSP is, and MSP will continue in the future," he said, adding that both ways are open for farmers, who can sell their crops by giving 8.5 per cent tax or without it.

Seeking to address public apprehensions, the Minister said these Bills will avail "freedom in the field of agriculture".

"So far we were thinking that farmers are bound to the mandis for their products. But, those farmers will get freedom with the help of these Bills," he said.

Tomar also clarified that these Bills do not affect the state APMC acts. "APMC will be in the state but there will be inter-state trade outside its periphery and the farmers will be able to sell their produce from their field, home and any place after the legislation comes into existence."

Keeping in view the importance of agriculture, the states had enacted Agricultural Produce Market Committee (APMC) Acts to develop dedicated market place and to provide regulation on marketing practices of notified agricultural produce.

The Congress, the DMK, the Bahujan Samaj Party, the Trinamool Congress and the Revolutionary Socialist Party were among various opposition parties that opposed these Bills.

Trinamool Congress MP Kalyan Banerjee called it a "draconian Bill" and "black day" in the history of Parliament for passing an anti-farmer Bill.

Members of the Congress, DMK and RSP's N.K. Premchandran walked out of the House before the Bills were passed.