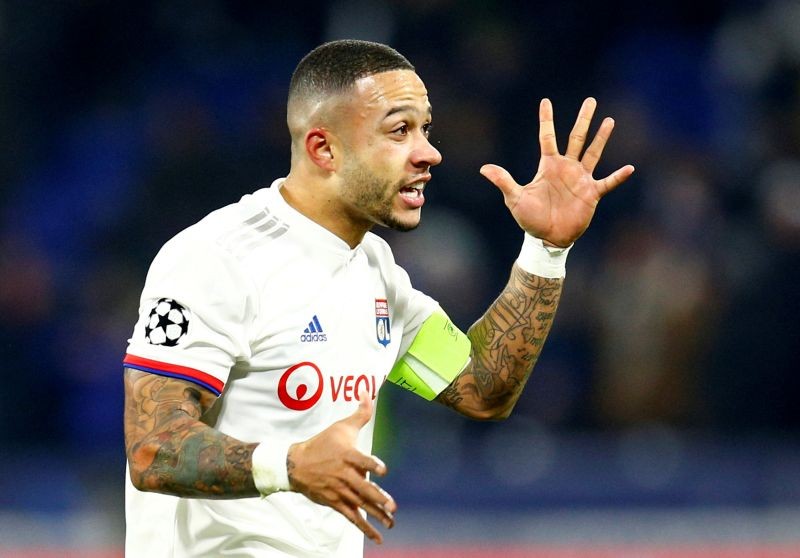 (Reuters): Olympique Lyonnais on Tuesday poured cold water on reports that their Dutch international forward Memphis Depay is on the brink of a 30-million euro ($35.54 million) move to Barcelona.

Dutch media reported on Tuesday that the Catalan club, where former Netherlands coach Ronald Koeman recently took over, were on the brink of signing the 26-year-old striker.

Yet Lyon president Jean-Michel Aulas said the Spanish giants had told him Depay was too expensive for them.

"The president of Barça (Josep Maria Bartomeu) told me on Sunday that Barça was suffering a lot from the COVID-19 crisis and have no possibility of making an offer," Aulas tweeted on Tuesday (@JM_Aulas).

Depay is under contract at Lyon until next year, having joined them from Manchester United three years ago.

He helped the French club to the semi-final of the Champions League last month and scored a hat-trick as Lyon kicked off the new Ligue 1 campaign with a 4-1 home win over Dijon on Aug. 28.