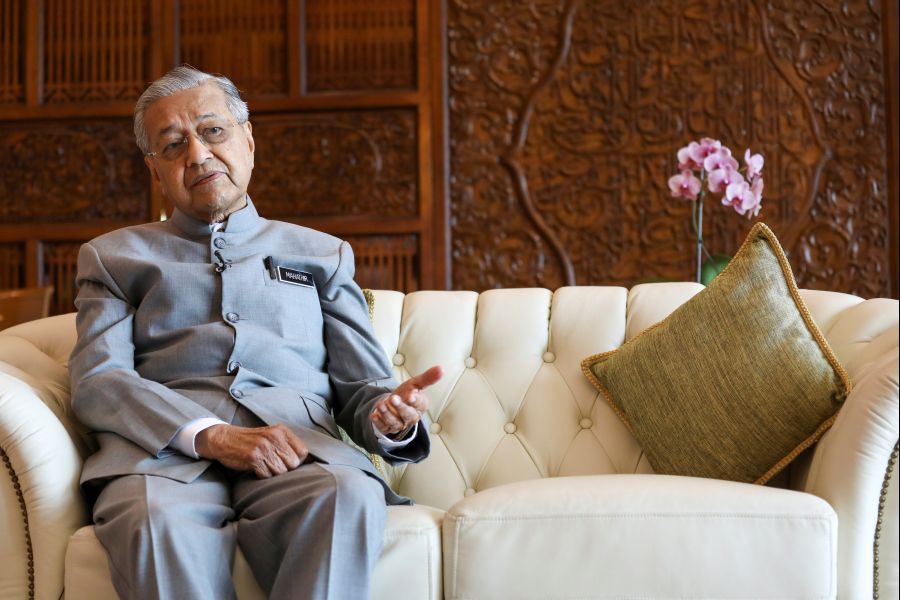 KUALA LUMPUR, February 27 (Reuters): Malaysia's parliament will vote on a new candidate for prime minister on Monday and if nobody can win majority support there will be a snap election, interim prime minister Mahathir Mohamad said on Thursday.

The Southeast Asian country was plunged into political turmoil this week by the unexpected resignation of Mahathir, who at 94 is the world's oldest government leader. It set off a new tussle for power between him and old rival Anwar Ibrahim, 72.

Mahathir said the choice of premier would go to parliament after the king had told him no candidate emerged with enough support to become prime minister. The monarch had held two days of consultations with individual lawmakers.

Parliament would be called on March 2 to pick a prime minister, Mahathir said.

"If the (parliament) fails to find a person with the majority then we will have to go for a snap election," Mahathir said.

Mahathir agreed to act as interim prime minister after resigning earlier this week amid political manoeuvring between his coalition and the opposition.

The resignation of Mahathir broke apart a coalition with Anwar that had scored a surprise election victory in 2018, restoring to power the leader who had governed Malaysia from 1981-2003.

Mahathir had said he favoured a unity government in which members would not be chosen according to party allegiances.

Anwar said on Wednesday he was opposed to forming a "backdoor government" and that three parties from the former Pakatan Harapan ruling coalition had proposed his name to the king as candidate for prime minister.

The former ruling party United Malays National Organisation (UMNO), which ruled Malaysia for six decades until being defeated in Mahathir's return in 2018, also rejected the idea of a unity government but said it wanted new elections.