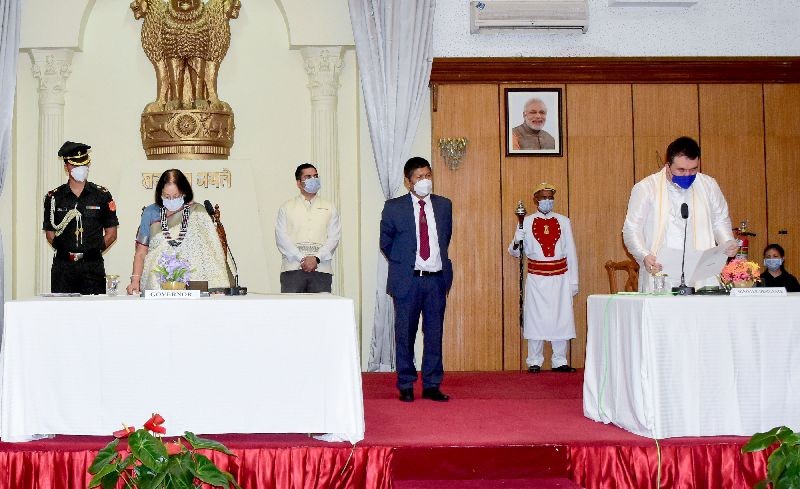 Okram Henry Singh was one of the 5 few faces inducted in the Manipur cabinet after the Chief Minister dropped 6 Ministers on September 24. (NNN Photo)
North-East
24th September 2020

The much speculated cabinet reshuffle in the three and a half year old N Biren Singh led BJP coalition government in Manipur took place on Thursday.

Henry and Lukhoi were ex-MLAs who left the Congress after tendering resignations as members of the Manipur Legislative Assembly in August this year while the rest three are sitting MLAs of the BJP. Manipur Governor Dr Najma Heptulla administered the oath of office to the five newly inducted cabinet ministers in a simple function held at Raj Bhavan this afternoon. The ceremony was held at 3.30 pm.

Earlier, the Governor accepted a proposal of the chief minister regarding dropping of six ministers from the council of ministers.

Manipur having a 60-seat Assembly can have the ceiling of 12 ministers including the Chief Minister and as only five Ministers were inducted after dropping six, Singh can induct one more Minister. Induction of one more Minister is likely to be done after the due by-election expected to be held in October-November this year.