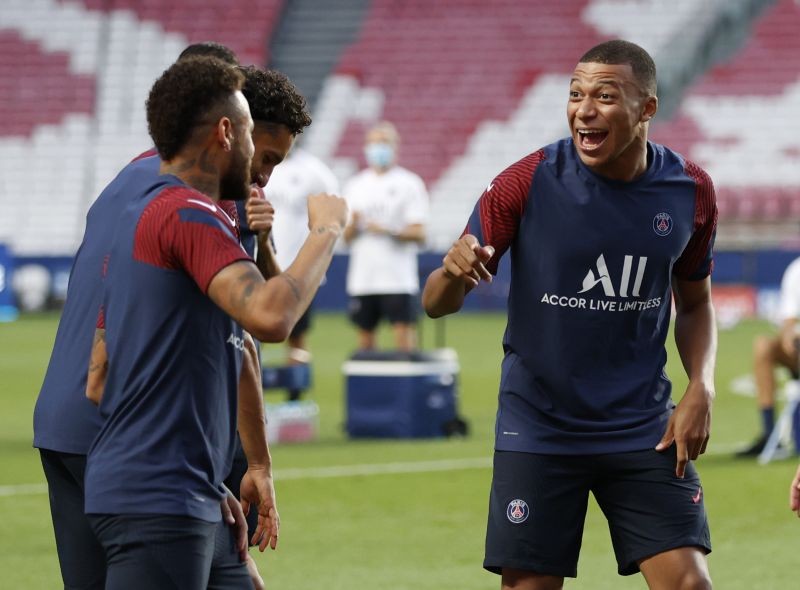 PSG beat Atalanta and RB Leipzig in the "final eight" in Lisbon, and Mbappe is feeling relaxed about the test against Bayern and the significance for French football.

"This is exactly why I came here," he told reporters on Saturday. "I have always said that I wanted to make history for my country. This is a chance. When I arrived in 2017, we experienced several disappointments. Today, we are in the final and that shows that we have not given up.

"It would be a great reward to win with a French club. It was my mission when I came. Winning (on Sunday) would be incredible, it would be an achievement for a French club," Mbappe added.

Although only 21, Mbappe has already made himself a major part of French football history by winning the World Cup two years ago and he has compared the mood in the PSG squad to that of Didier Deschamp's side in Russia.

Although the final will take place at the Estadio da Luz without fans, like all the games in the last eight due to COVID-19 restrictions, Mbappe says the atmosphere remains special.

"Of course, it feels strange to play behind closed doors but it's still the Champions League. You can feel it the intensity of the matches, the tension that reigns. It was a very special format this year, we will remember it for a long time because of the tragedy," he said.

PSG manager Thomas Tuchel said fit-again Italian midfielder Marco Verratti could be involved in the game, although probably not the full match.

Verratti missed PSG's quarter-final clash against Atalanta due to a sore calf but came off the bench for the final eight minutes of the semi-final win over Leipzig.

"Marco's injury was a blow, it wasn't muscular, that's why the risk isn't great. It's just a matter of pain. Does he have them ability to play 120 minutes? No, of course not. We have to decide tomorrow whether or not to start him," said the German.

Tuchel will also decide late on whether first-choice keeper Keylor Navas is ready to return or if he will stick with back-up Anthony Lopes.