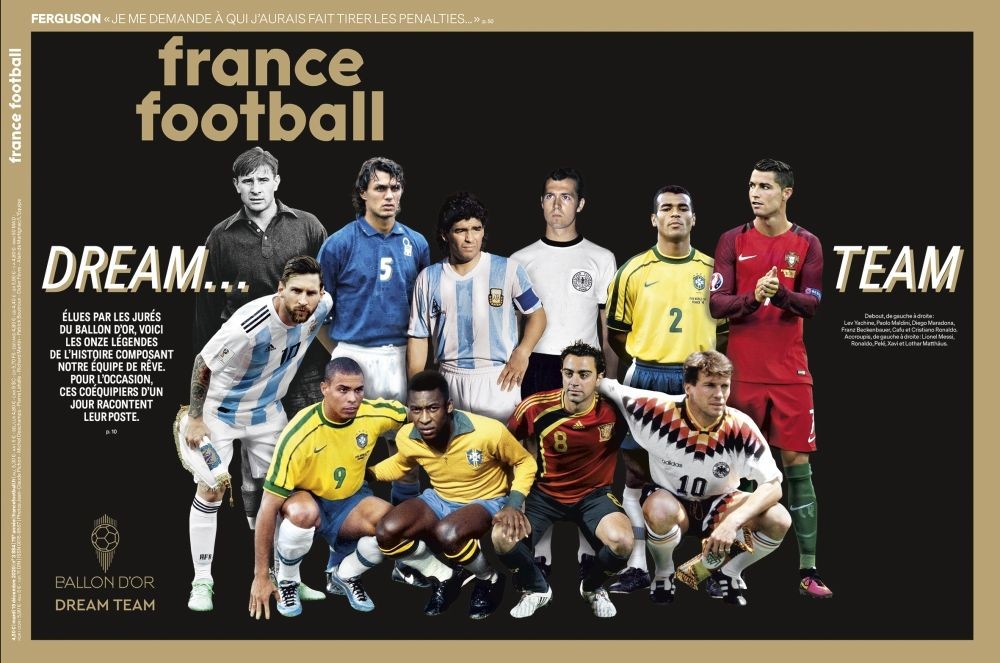 Having cancelled its annual Ballon d'Or award for the world's best footballer because of the Covid-19 pandemic, the weekly magazine instead has announced its best XI in history, as voted by journalists from 170 countries and regions.

"For me it is an honour to have been included in the eleven of the Ballon d'Or Dream Team. I want to thank you for choosing me and also congratulate all the players who were selected ... and all the nominees, there are real phenomena on that list,"Messi, who has won the Ballon d'Or a record six times, said in an Instagram post.

Ronaldo, a two-time World Cup winner and dual Ballon d'Or recipient, also expressed pride at being named in the No. 9 position.

"It's such an honour to be elected the best centre forward of all time in the Dream Team by France Football," Ronaldo said on Instagram.

"I gave my life for football and followed my dreams. No matter the obstacle I faced and the pain I had to overcome I was always focused to get where I wanted," he added.

Juventus star Cristiano Ronaldo, who has won the Ballon d'Or five times, said: "I'm very honoured to be part of France Football's all-time 11. What an amazing Dream Team. They all deserve my respect and admiration and I'm obviously proud to be amongst such extraordinary players. Thank you!"