Migration of NE youths: Journey in search of jobs 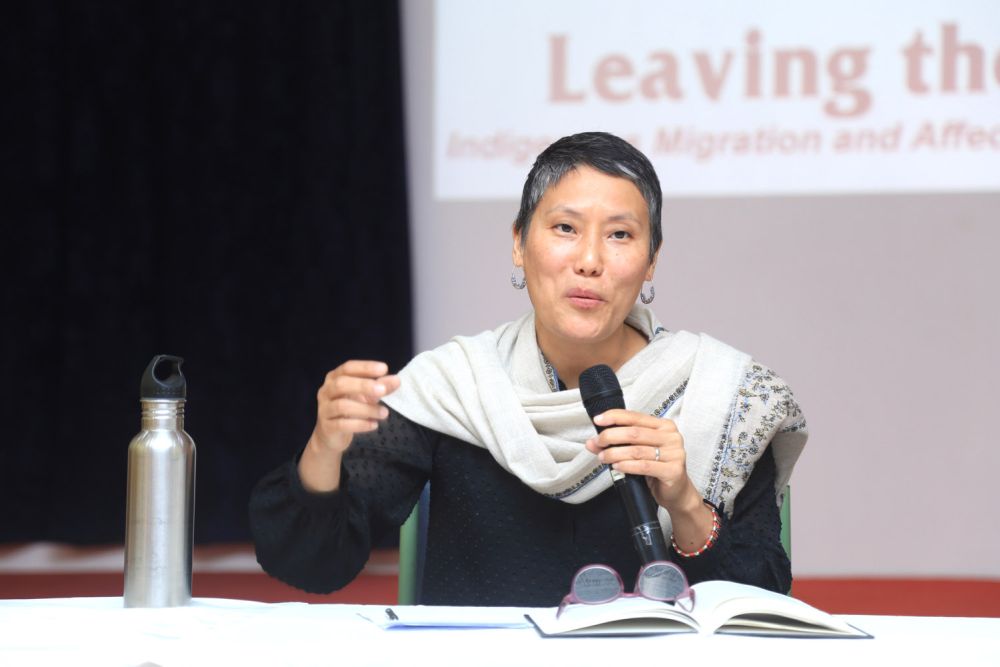 Author Dolly Kikon speaks during the introduction of her newly released book ‘Leaving the Land: Indigenous Migration and Affective Labour in India’ at Dimapur on January 11. ( Morung Photo by Soreishim Mahong)

Over the past one or two decades, the North-east of India has witnessed an unprecedented surge of youths heading to the big cities in search of employment. The region is already well familiar with a parallel wave of job-seekers in the Central government sector as civil servants and soldiers. “Yet the large-scale migration of young people we account for here is a different and novel phenomenon,” writes Dolly Kikon in the introduction to her book— Leaving the Land- Indigenous Migration and Affective Labour in India co-authored with Bengt G Karlsson, a Professor of Anthropology at Stockhol University.

Kikon, who is a Senior Lecturer in the Anthropology and Development Studies Programme at the University of Melbourne, has already authored three other books— Living with Oil and Coal: Resource Politics and Militarization in Northeast India (2019), Life and Dignity: Women’s Testimonies of Sexual Violence in Dimapur (2015) and Experiences of Naga Women in Armed Conflict: Narratives from a Militarized Society (2004).

Her latest work, which was launched in Kohima in December 2019, was also launched in Dimapur on January 11 by Rev Dr Wati Aier. It was organised in collaboration with the Heritage Publishing House, Morung Foundation and The Morung Express as a launch-cum-discussion on the book at the Don Bosco Institute for Development & Leadership, Riverbelt colony.

Not strictly a panel discussion, Kikon gave her insights on the book, its purpose and the challenges she faced researching for the book, while taking queries from the audience. Dr. Elika Assumi, Dean of Tetso College served as the moderator.

As stated in the introduction, “By interrogating the myth of isolation, insularity, and remoteness that has defined Northeast India, we present the struggles, aspirations, and vulnerabilities of young indigenous migrants who constitute the underbelly of the service industry in global India.”

The book in essence focuses on the intake of a large number of “indigenous migrants” from the region by India’s hospitality industry. A positive phenomenon statistically yet the book delves deeper through first-hand accounts from the people working in the sector, their aspirations, insecurities and emotional attachment or rather detachment to their ancestral lands as “indigenous citizens in global India” and contextualizing it what compelled them to move out from their ancestral lands vis-à-vis a protracted political instability.

Kikon highlighted this phenomenon at the discussion by citing a survey by the Press Trust of India (2010-11). As revealed by the study, she said that less than 5 percent of the youths from the region, who studies in the big cities, return to work back home.

One from the audience pointed to the “push and pull” factors of migration or a paradoxical situation where “while our youths go out seeking employment, our land is also attracting job-seekers from outside the region too.”

Terming it as a vicious cycle, she said that while pondering about it, “We have to ask what it is that we are producing (or offering)?” There is also the aspect of employers regarding the job-seekers from the region as cheap labour, she added.

Talking of wages and remittances, she said that there is an inherent wish to return home and build a home with the money earned. While data point to less and less number of students and migrants returning home, she added that a connection to home is always there but meager wages and inability to save comes in the way. “If you are a trainer/placer, remuneration is one thing you have to seriously look into,” she emphasized.

On the link between academia, government and development, and how it shapes policy, she said that the Nagaland state government has to recognize academic research. In this regard, she cited her experience working in Australia. “We have to focus on serious higher education, good (academic) fellowships. The state government really needs to open its eyes to what’s happening in the field of research.” 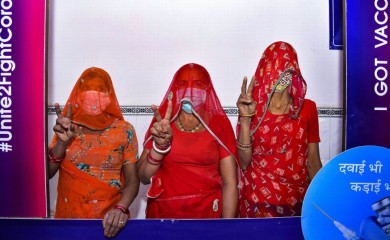