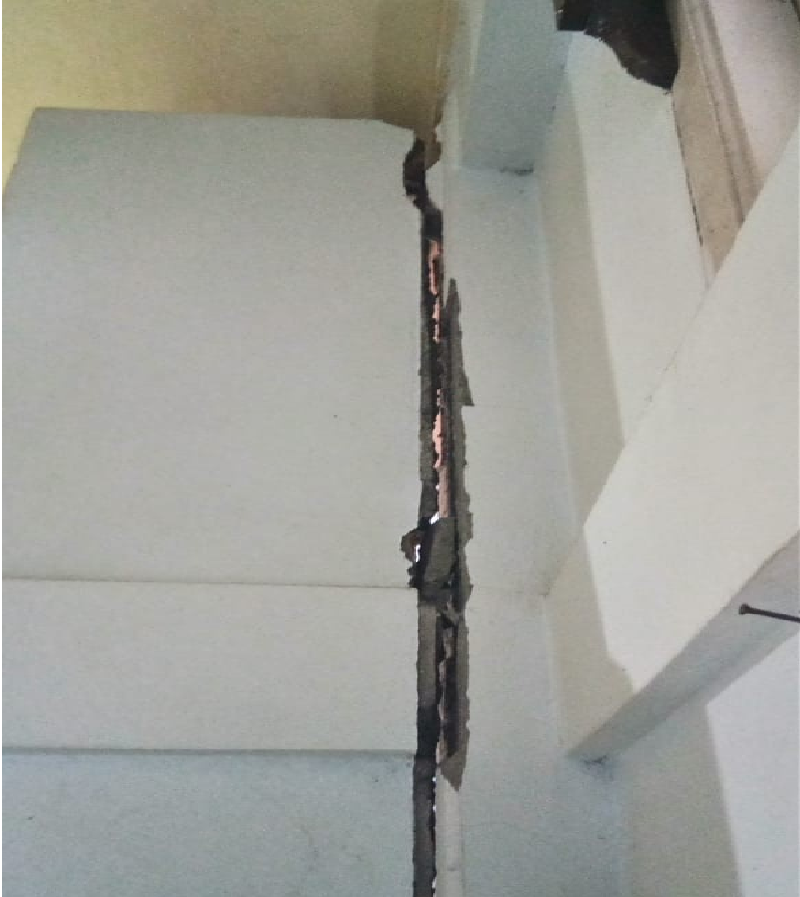 A wall damaged by the earthquakes in Mizoram. (IANS Photo)
North-East
22nd June 2020

AIZAWL, JUNE 22 (NNN): After three earthquakes had hit the State within a span of 5 days, the Mizoram government has sounded alert on Monday.

Three earthquakes with the magnitudes ranging between 4.6 and 5.3 on the Richter scale were reported between June 18 and June 22 leaving certain damages to properties in various areas. However, there was no report of loss of human lives due to the calamities.

The latest earthquake in Mizoram occurred on Monday at 4:11 with the epicentre at Champhai district of the State bordering Myanmar.

The first one occurred on June 18 in Saitual district with a magnitude of 5.1 on Richter scale.

Meanwhile, according to an official report, at least 36 houses, including two church buildings and government buildings, have been partially damaged at Zokhawthar in Champhai district by the impact of the earthquakes. Several structures were also damaged by the earthquakes in 7 villages within Khawbung Rural Development Block in Champhai district.

Meanwhile, Prime Minister Narendra Modi and Union Home minister Amit Shah have expressed their concerns on the occurrence of the calamities in Mizoram. Both the leaders have then assured all possible assistance from the Central government to Mizoram.

Acknowledging the concerns expressed by the Prime Minister and the Union Home minister, Mizoram Chief Minister Zoramthanga thanked them for their assurance to render their help to the State.