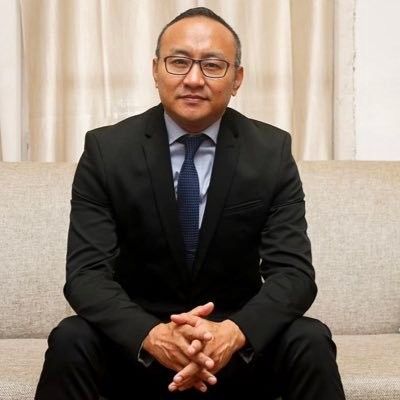 Dimapur, August 13 (MExN): The two-term Member of Nagaland Legislative Assembly and Advisor Mmhonlumo Kikon has been selected as one of '50 Best MLAs' in India by Fame India Magazine. The Information Technology & Communication, Science & Technology and New & Renewable Energy, Advisor, was listed under the ‘Artistic’ category.

According to the magazine, it conducted a survey of MLAs across the country and decided to publish the best 50.

The survey, among others, was based on their popularity, working style, commitment, social concern, influence, public engagement, public interest, image as well as zero hours, attention proposals, bills presented, debate, presence in the assembly, MLA fund expenses etc, it said. Ministers and Chief Ministers are excluded from the survey.

Meanwhile, taking to Twitter to congratulate Kikon, the lone Member of Parliament (Lok Sabha) from Nagaland,  Tokheho Yepthomi said it was a  very well-deserved award” for the “young and dynamic” legislator.

“You have a lot more to achieve and our country needs young leaders with your calibre. May God continue to guide you,” he added.

Fame India discribed itself as a non-partisan magazine devoted towards highlighting persons of outstanding abilities in various fields in India.