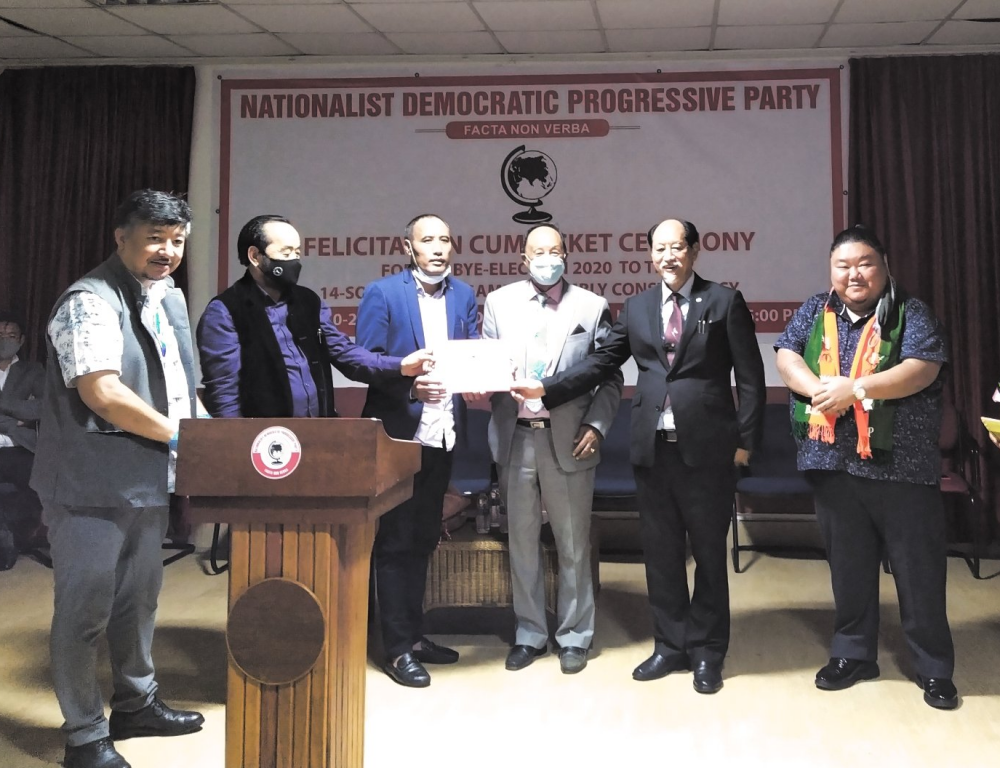 As per its seat sharing arrangement and commitment to strengthen the PDA government, the NDPP has filed nomination for bye–election to 14th Southern Angami-1 Assembly Constituency with Medo Yhokha as its candidate.

With the sole objective of maintaining strong bond of unity within the alliance partner in letter and spirit, the BJP has unanimously resolved to give all-out support to our alliance partner NDPP candidate, stated BJP Nagaland state president Temjen Imna Along.

He also stated that the state  BJP is also delighted at the suggestion placed across by our alliance partner NDPP for setting up of Co-ordination Committee, comprising of members from both the parties at the  District and A/ C level; for better understanding and co-ordination.

In this, Along directed all BJP karyakartas ,rank and file of the party, and all Morchas and Cells to extend all possible help and assistance to the PDA candidate to the 14 Southern Angami Assembly Constituency Medo Yhokha in the upcoming bye election, scheduled for November 3.