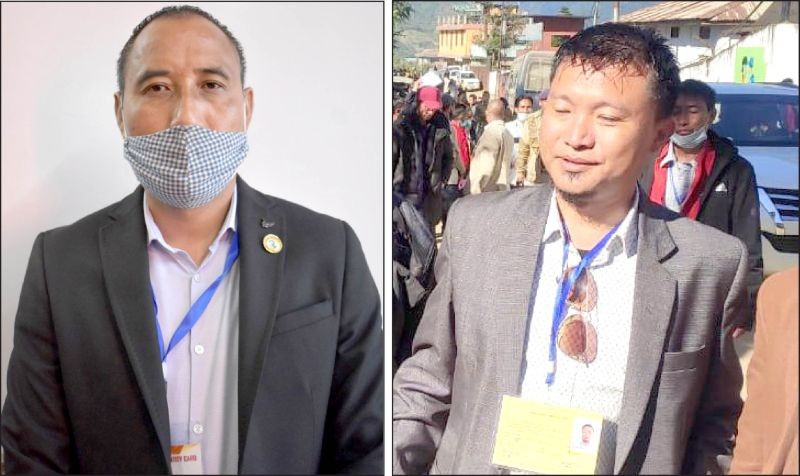 88 voters opted for None of the above (NOTA).

Speaking to journalists after the results were announced, Yhokha, a native of Kigwema village, gave all credit to Almighty God for leading him through this ‘fight’.

The 43-year old said that he felt  blessed and honoured to win the elections and assured that he would do his best to fulfil the assurance and commitment given to the grassroots people during the election campaign.

It may be recalled that Yhokha, during his election campaign announced that his core agenda is “to maintain peace, social harmony and bring equitable development for all, including proactive implementation of women empowerment programs.”

In the 60 Pungro-Kiphire AC, the ruling People's Democratic Alliance (PDA) took a beating as Independent candidate T Yangseo Sangtam won by a margin of 1,527 votes.

While the BJP’s star campaigners flocked to Kiphire in the weeks leading to the bye-election, which was held on November 3, the PDA consensus candidate Lirimong Sangtam fell in third place, receiving a total of 5,664 votes.

The Congress failed to make an impression despite the party polling the maximum votes in the Assembly constituency in the 2019 Lok Sabha elections. This time, its candidate to the vacant state assembly seat, Khaseo Anar, scarped through with only 347 votes.

94 votes were cast for NOTA.

The bye-election in the two constituencies was necessitated following the demise of NPF MLA T Torechu and MLA Vikho-o Yhoshü, who was the Assembly Speaker.

Nagaland’s Chief Electoral Officer Abhijit Sinha told the media in Kohima that the counting of votes started at around 8:00 am in both the constituencies. He added that after declaration of the final results, certificates were handed over to the winning candidates.