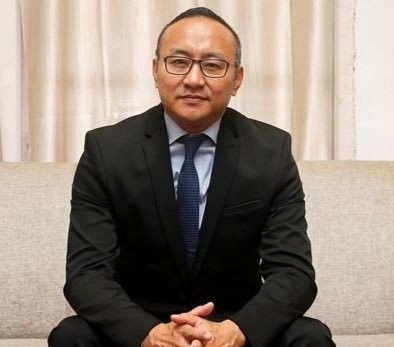 Bhartiya Janata Party (BJP) legislator from Nagaland, Mmhonlumo Kikon has been appointed as one of the Party’s National Spokesperson in the major overhaul within the ranks of party announced on September 26.

The Advisor for New and Renewable Energy, IT&C, Science and Technology is designated as one of the National Spokesperson, the only representative from Northeast in the team headed by Anil Baluni.

Touted as the “Team Nadda” under the leadership of BJP national president Jagat Prakash Nadda, three ex-Chief Ministers have been accommodated as BJP Vice Presidents while there has been a major overhaul among national general secretaries with many significant names dropped and new faces given a chance, IANS news agency reported.

Notable omission include Ram Madhav as National Secretary and  Murlidhar Rao, who was in-charge of the southern states.

Many young turks with strong articulation skills have also been given a shot to prove their mettle, the report said, including Karnataka MP Tejasvi Surya who will head BJP's Yuva Morcha.

Meanwhile, congratulating the new team, Prime Minster Narendra Modi expressed hope that they woulduphold the glorious tradition of the Party of serving the people.

“Congratulations and best wishes to the new team. I am confident they will uphold the glorious tradition of our Party of serving the people of India selflessly and with dedication. May they work hard to empower the poor and marginalised,” he tweeted.