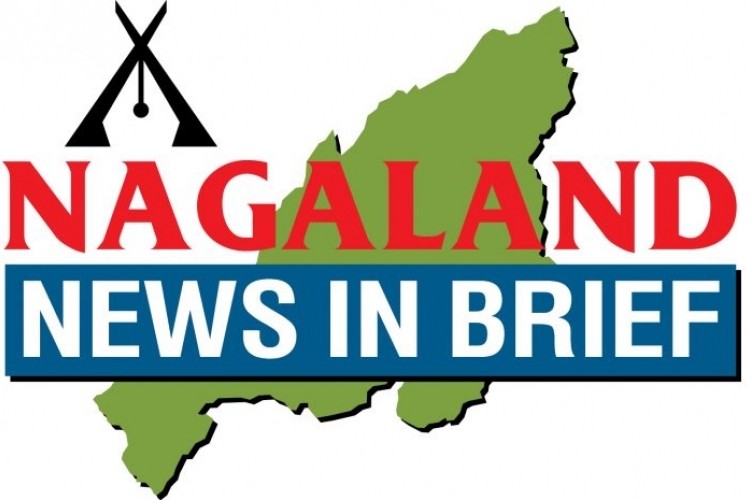 DIMAPUR, SEPTEMBER 24 (MExN): The NSCN/GPRN (K) has revoked the expulsion order of Col Hukheto Aye and reinstated him to his former rank and position and further ordered the officer to discharge his duties with immediate effect. A press release from the MIP informed that the NSCN/GPRN (K) held its consultative meeting on September 24 at its office and the house on the request of Col Hukheto Aye and as forwarded by the military authority for consideration unanimously requested the President of NSCN/GPRN (K) who is also the commander in chief of the Naga Army for revocation of the expulsion order of Col Hukheto Aye for his consideration.

DIMAPUR, SEPTEMBER 24 (MExN): The NSCN (IM) UT has informed that it has recovered one LP Truck bearing registration number NL05D4195, Chassis number 366324AU6100721 and engine number 392522. A press release from John M Yim, Secretary, UT, NSCN (IM) informed the rightful owner to claim it by producing the original documents within 7 days from the date of this publication. The NSCN (IM), UT can be contacted at 7085596462.

DIMAPUR, SEPTEMBER 24 (MExN): The Excise Narcotic Cell personnel conducted surprise raids in several pockets of Dimapur town from September 17 to 23 and seized 700 bottles of assorted IMFL, 200 litres of Country liquor, 250 Kgs of Jaggery and 70 Kgs of yeast. This was informed in a press release from the Deputy Commissioner of Excise, Dimapur, S Chanlei Angh. It informed that the raids were conducted under the command of Inspectors Thathang and Osenrhoni Kikon.  In this connection, 28 accused persons were arrested and penalized under relevant section of NLTP Act’89, the press release added.

DIMAPUR, SEPTEMBER 24 (MExN): The Naga Students Federation (NSF) and the All Zeliangrong Students’ Union (AZSU) (Assam, Manipur & Nagaland) has expressed sadness at the demise of late Kangzang Liegese who was the former Information & Publicity Secretary, NSF, and Deputy Speaker of Zeliangrong Baudi Nagaland.  A press release from the NSF stated that Liegise’s contribution to the welfare of the students' community in general and Zeliangrong people in particular had been immense and uplifting. “He shall be fondly remembered as a sincere and dedicated leader by the students' community and the Nagas at large,” the NSF said and extended condolences to the bereaved family.  The AZSU meanwhile stated that Liegise was a “humble and noble leader, a good friend to many and a strong leader who stands for the unity of the Zeliangrong people. The void that his demise has created cannot be filled again. His contribution to the society shall always be cherished and he will be remembered as a true Zeliangrong leader.”

KOHIMA, SPETEMBER 24 (MExN): Deputy Chief Minister of Nagaland, Y Patton has expressed sadness at the demise of Yimtsu Lotha, Under Secretary NPSC on September 23. A press release from the Deputy CM described Yimtsu as a hardworking and one of the senior most officers in the department. “In his death, Nagas have lost a dedicated officer and a good human being,” he added. Patton, along with his wife extended sympathies and condolences to the bereaved family.