Nagaland only state in India with surplus police personnel: Report 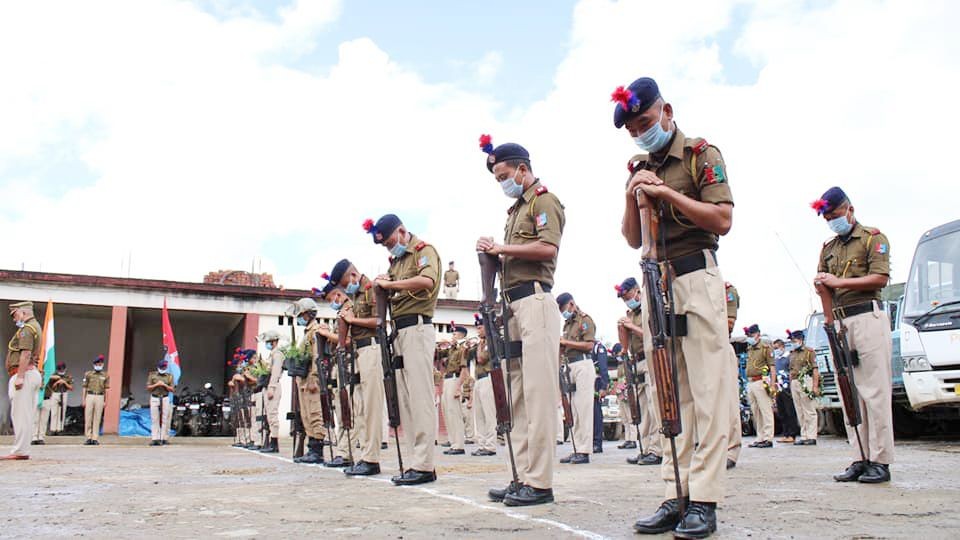 According to the ‘Data on Police Organizations’ released by the Bureau of Police Research & Development (BPR&D), Nagaland is the only State in India with more police force than sanctioned. (Photo Courtesy: Facebook/@TuensangPolice | For representational purpose)
Morung Exclusive
9th January 2021

With an actual force of 28,113 personnel against the sanctioned strength of 26,738, Nagaland is the only state or Union Territory in India with surplus police personnel, informed an official report published by an agency under the Ministry of Home Affairs.

As a result, the Nagaland Police (Civil + District Armed Reserve (Dar) + Spl. Armed + IRB) has a surplus of 1375 personnel, informed the latest ‘Data on Police Organizations’ released recently by the Bureau of Police Research & Development (BPR&D).

All other states and UTs have vacancies ranging from 54 in the UT of Lakshadweep to 1, 11,865 in Uttar Pradesh, the report said.

Plot twist
The surplus workforce was however in the constabulary only. As per the report, the shortfall was at the head constable to IGP level. For instance, there were 2 vacancies of IGP rank or 10 against the sanctioned strength of 12.

However, with an actual strength of 4153 against sanctioned strength of 3837, there was a surplus of 316 at the Constable level.

Data on ‘Sanctioned and Actual Strength of different ranks in DAR’ also informed there was a shortfall of 2 in AIGP/SSP/SP/Commandant rank; 1 ASP/Dy.SP, 6 Inspector/RI, 10 Assistant SI/ARSI.

As per the report, the highest ranking women officer in the “Civil Police” in Nagaland was SI/RSI, where there were 36 personnel.

In DAR, there were 3 women at AIGP/SSP/SP/Commandant level, while there was 1 with same rank in Special Armed Police Battalion and 6 in IRB.

There is one all-women IR (India Reserve) Battalion in Nagaland.