Nagaland single-use plastic ban to come into force from today 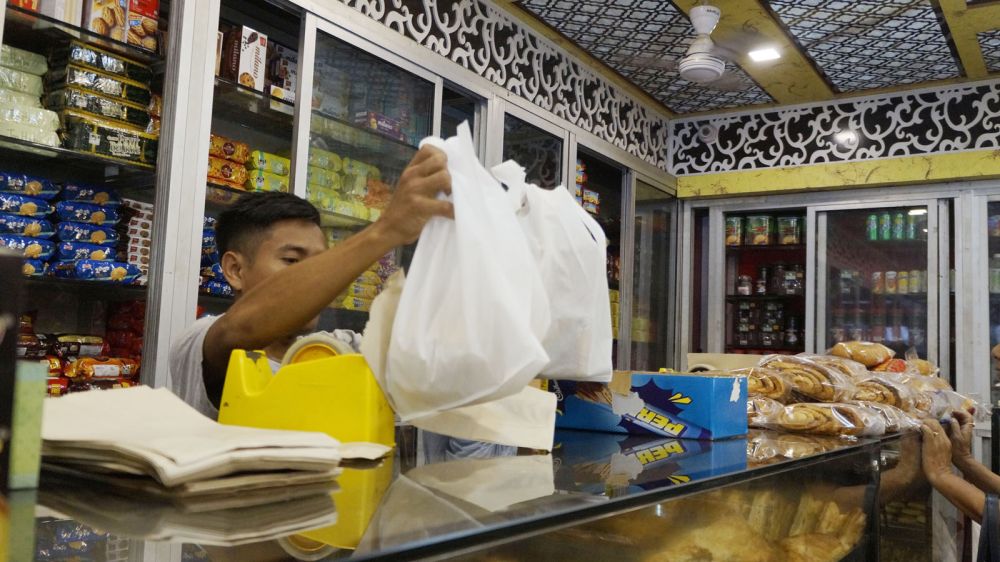 With the statewide total ban on single use plastics to come into force on September 18, Dimapur today saw a mixed bag of expressions as most shoppers hurried on with their day, donning the plastic bags, in oblivion. At the same time, a lot of traders in Nagaland’s commercial capital seem to have embraced the new regulation and are prepared, albeit with some concerns.

The Deputy Commissioner (DC) of Dimapur, Kevekha Kevin Zehol had notified a total ban on single-use plastic in Dimapur, from September 18 in continuation to the notification dated November 29, 2018.

While most shopping malls already use cloth and paper bags, it is now the turn of retailers and wholesalers to follow suit.

Taking to the streets, The Morung Express queried business establishments from Paan shops, to groceries, confectioneries, cosmetics and appliance stores, to cloth businesses.

Most of them welcomed the move. While the early birds were ahead of the mission in distributing cloth and paper bags to the consumers, most of them were trying their best to finish the old stock of plastic bags.

At Popular Bakery, Dimapur, shoppers were seen leaving with a white cloth bag or on brown paper bags. The bakery ordered the cloth bags from Bangalore, and they have been using it for quite some time, informed workers there.

Robin Das, proprietor of Bee Hive Sweets, another old establishment in the city, said they are presently using a red colored cloth bag which is being ordered from Guwahati. Since it was a little expensive, Das informed they have ordered another kind which is cheaper.

Meanwhile, appliance store dealers while welcoming the ban said it does not pose them much of a problem when compared to grocery stores. “Our products which are usually huge in size come packaged from the company,” said one dealer. And for the rest, they use card board boxes.

Kalpana store, which deals with cosmetics in New Market, is another store using paper bags at present. The proprietor however said customers face a problem when they buy a load of products. Whatever alternative the sarkari (government) provides, we are ready to comply, he added.

Rijendra Sharma, Proprietor of Plaza Confectionary and Restaurant, also expressed enthusiasm on the ban to come into effect. As for the day, he was dispatching the plastic bags. Nevertheless, Sharma was ready with cloth bags bought from the city itself.

‘Bring Your Own Bag’ (BYOB) would be pasted on the door from tomorrow, he added. Let us all try to help one another in eradicating the effects of plastics, Sharma added.

Wasim, a young grocery store keeper in Bor Lengri echoed the view that customers should now bring their own shopping bags.

Another shopkeeper said he saw a video in YouTube where the carry bag looks and feels like plastic, but it was soluble in water. We should come up with that too, he suggested.

While there was a consensus in welcoming the ban, there were signs that traders need to be more sensitized on the alternatives available. For example, many retailers surrounding New Market were not aware of the ban to be enforced after the clock strikes midnight. They further feigned ignorance at the alternatives which were available.

‘Don’t expect results overnight’
Speaking to The Morung Express on the eve of the ban, newly inducted Administrator, Dimapur Municipal Council (DMC), Albert Ezung said the District Task Force (DTF) would be enforcing the ban. The DC is the head of the DTF.
He informed that the team will be constituted with the police, officials of DMC, Dobashis and officers form DC’s office to make a preliminary round of the markets. “Tomorrow we will see how things are going on, and accordingly as per the demand of the situation, we will make our strategy,” Ezung said. A penalty is to be imposed, which will also be fixed by the DC.

The Administrator meanwhile acknowledged that they are not expecting results overnight. Sensitizing the people is of the utmost importance, he stated, calling for awareness campaigns through colony operatives—GBs, Churches and schools.

He informed that in the market, business communities such as the DCCI are extending all possible assistance, in educating their own members and working closely together.

“It is not going to be an easy task. It will be a process. So by and by we will all collaborate and make it successful,” he added.

The total ban on single-use plastics in Nagaland by the Government will come into effect from September 18, 2019. This ban is enforced with the larger objective of eradicating the menace of plastics and the serious environmental and ecological challenges posed by rampant use of plastics.