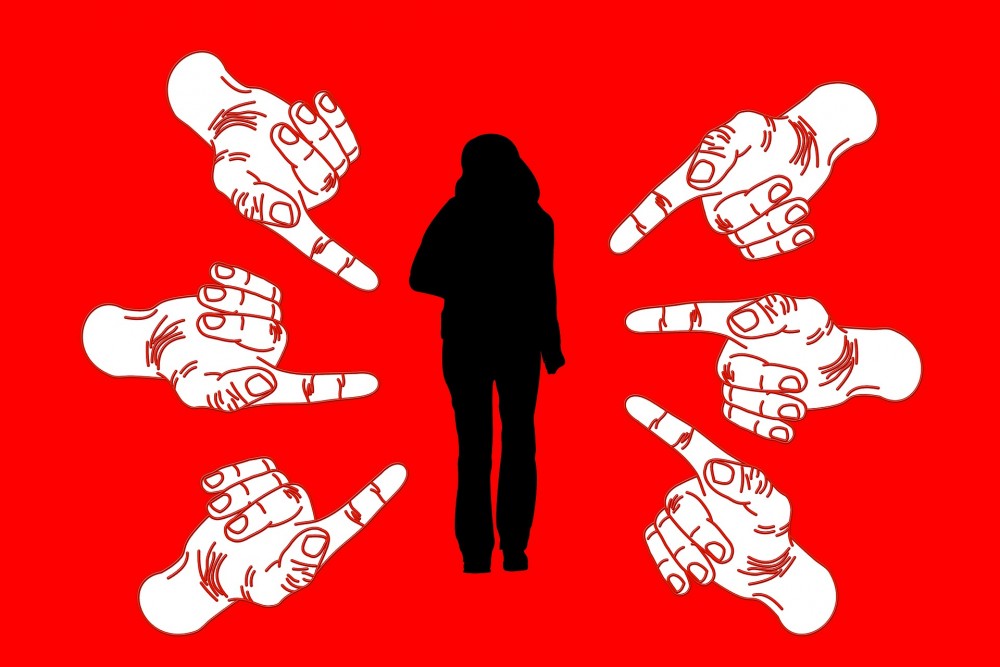 As the number of COVID 19 cases heightens in Nagaland, patients are currently confronted with the stigma against them and the virus, as they express fear, frustration and humiliation. (Image by Gerd Altmann from Pixabay)
Morung Exclusive
31st July 2020

“The stigma we face is a very unpleasant experience. You feel naked, you feel vulnerable in front of the society. People you meet and greet everyday suddenly treat you like aliens,” says Shen, a COVID-19 patient in Kohima.

As the number of COVID 19 cases heightens in Nagaland, patients are currently confronted with the stigma against them and the virus, as they express fear, frustration and humiliation.

According to Shen, the patients who were tested positive outside the quarantine centers, through contact tracing, face greater stigma with their identities easily traced in their colony of residence.

Keva, another patient felt like they had wronged the society by contracting the virus. “What else can I do? I could not defend myself. People questioned my faith, so many things were said against me. Society ostracised my family. Many avoided coming near our place. Activities in our house were reported continuously to the authorities,” said Keva.

Keva's family was constantly harassed. While family members underwent tests, Keva notes that they have been told to go for retests again.

“I fear once I recover and go back, people will fear me and avoid me. I just hope God gives me enough strength. And I hope society also understands what I went through,” stated Keva.

Another patient, Nel says that when she tested positive her family was verbally harassed by people in their area. “My landlord called me and blamed me for contracting the virus,” she states. Nel had made sure that her family stayed indoors during the lockdown and go out only when necessary, taking all precautions. Unfortunately, she tested positive which also invited criticisms from neighbours and known acquaintances.

“My kids recently called me and told me that people are dreading us. People staying close by our house fear us. With so much of humiliation caused by the people whom I know very well, I felt so ashamed and mortified,” she rued.

While the virus, like any other should be taken with seriousness and caution, Zoe another patient notes that COVID-19 has caused paranoia.

“I don't know from where I got infected. We had zero connection with the positive case in our neighbourhood. I hardly go out of the house. I was strictly following precautions, maintaining social distance and even to the extent of disinfecting currency notes. When I tested positive for COVID 19, people were paranoid, and there were false assumptions about people close to me,” says Zoe who expressed frustration over the rumors that began right after the positive result. Zoe also shared experiences of another patient whose colony was hesitant to allow his/her return following recovery.

In a recent incident, the identities of the patients who tested positive for COVID 19 from a colony in Kohima were leaked. While families were coming to terms with the positive cases, a PDF file report of the patient's details (names, contacts, ward) were leaked via WhatsApp.

“The government's carelessness in handling this serious issue has created immense mental harassment to us. This matter needs to be addressed and should never happen to anybody else,” says a family member of a patient.

“For those of us whose information has been leaked it's difficult. If I recover and am negative, even if I complete the necessary isolation and go back to society, there will be some kind of fear that I still have remnants of the virus. And it affects the whole family. It weighs heavy on our mental health,” says a patient whose identity was leaked.

The unpredictability of the virus and limited information has led to paranoia, often making way for stigma and societal taboo towards those affected by the virus. With many patients undergoing mental trauma, perspectives on COVID 19 needs to change.

In this regard, one patient stated, “We should take this virus very seriously but we should know how to deal with it and live with it. This virus does not choose people.”

*Names have been changed to protect the identity of the individuals.