No ‘grasshopper’ attack in Mon, insect identified as beetle 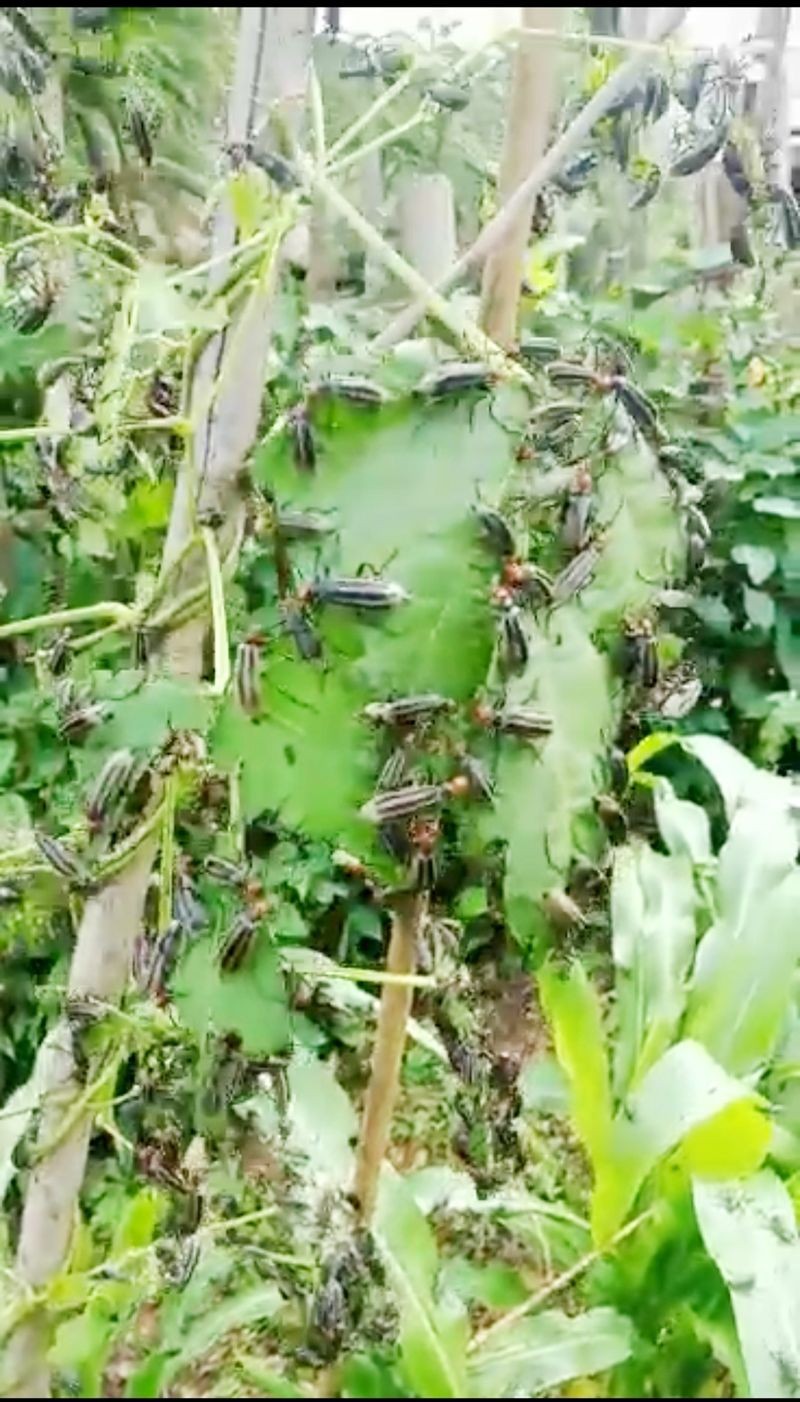 A video showing a certain type of insect attacking vegetables in Wanching village under Mon district was widely circulated among social media users on various platforms. In the undated video, the videographer can be heard saying (roughly translated) “this grasshopper has reached Wanching village and is destroying our crops - corn, brinjal, beans etc.”

When contacted and shown the video, Dr M Aleminla Ao, Professor at School of Agricultural Sciences and Rural Development (SASRD) Medziphema, department of Entomology, clarified that the insect in the video is the ‘Blister Beetle’ (Epicauta spp) belonging to the family Meloidae.

According to Dr Aleminla, the beetles get their name from its defense mechanism of secreting a blistering agent called ‘Cantharidin’ when it is disturbed.

She further stated that this insect is not uncommon and are more abundant during the rainy season when the insects can completely defoliate whole plants, especially the flowers, thereby affecting the fruiting capacity.

They also feed on almost all types of vegetables, she added.

Providing inputs on how to stop the blister beetle from attacking the vegetables, Dr Ao advised that the best method is to half fill a bucket or basin with water, put few drops of kerosene and shake the plants with a stick. The insects, she said, will then fall into the kerosinite water rendering them inactive, and they can be destroyed with hot water. The other method is to apply neem solution, which acts as a repellent.

However, Dr Ao cautioned that one should be very careful while coming in contact with this beetle, as the secretion from the beetle can cause blindness when it enters the eyes.