No registration of BS-IV vehicles sold after March 31: SC

NEW DELHI, JULY 8 (IANS): The Supreme Court on Wednesday recalled its March 27 order, where it had allowed the sale of BS-IV compliant vehicles for 10 days, barring in Delhi-NCR, after the lifting of the nationwide lockdown imposed to fight the coronavirus pandemic.

In its March order, the top court had allowed some relief to the auto dealers, permitting the sale of 10 per cent unsold BS-IV inventory. The apex court on Wednesday said that it will not allow registration of BS-IV vehicles sold after March 31.

A bench headed by Justice Arun Mishra and comprising Justices S. Abdul Nazeer and Indira Banerjee pulled up the Federation of Automobile Dealers Association of India (FADA), saying it would be a violation of the court order if it allowed sale of vehicles after opening of the lockdown.

"No BS-IV vehicle will be registered if sold after March 31, 2020," noted the top court. The bench observed that registration takes time after the sale of the vehicle, and told the FADA that BS-IV vehicles are sold and it wants registration for these vehicles despite orders passed earlier.

Senior advocate K.V. Viswanathan, representing FADA, argued that the court allowed registration in March, and the order from the top court says no registration after March 31, and if one buys a vehicle before that, registration has to be done.

The bench replied that it is asking about transactions after the order was passed. "We will protect only if VAHAN registration is correct. We will ask the government to check VAHAN data. How were vehicles sold online at 3 per cent to 40 per cent off? That too after March 31, what is this fraud," asked the SC bench.

Justice Mishra told FADA not to take advantage by playing fraud. The bench asked the Centre to file data on vehicles uploaded on VAHAN portal post March 31, and also 15 days prior to this date. The top court also asked the FADA to give details of the vehicles sold to the government. The bench has posted the matter for further hearing on July 23.

On June 15, the apex court had slammed the FADA for not following its order permitting the sale of limited BS-IV vehicles after March 31, after which BS-VI emission norms came into force.

The bench observed that the court allowed the sale and registration of 1.05 lakh BS-IV vehicles, but it seems 2.55 lakh vehicles were sold.

The top court has sought details of sale and registration from the FADA. The apex court had fixed the deadline of March 31, 2020, for the sale of BS IV compliant vehicles across the country. It had it clear that no BS-IV vehicles will be allowed to be sold in Delhi-NCR from April 1, 2020. 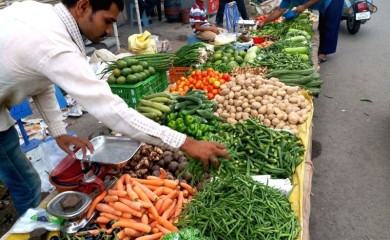