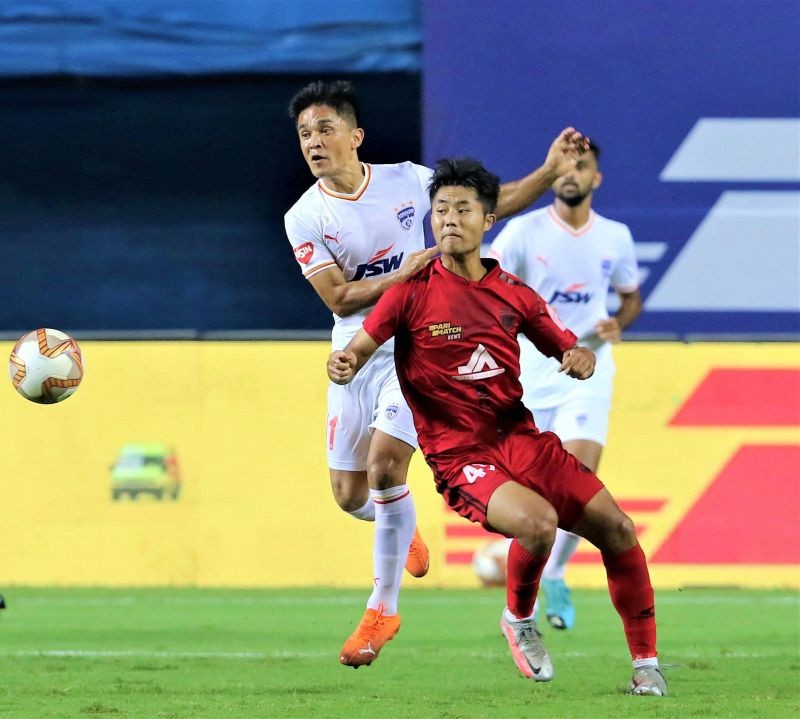 Vasco, January 12 (PTI): NorthEast United and Bengaluru FC saw their winless streaks continue as they played out a drab 1-1 draw in the Hero Indian Super League here on Tuesday.

Luis Machado (27') opened the scoring for the Highlanders but Rahul Bheke (49') cancelled out his goal after the break to help the Blues salvage a point.

The result meant Gerard Nus' side are now winless in seven games, while Bengaluru saw their four-game losing streak end but with a draw at the Tilak Maidan Stadium.

NEUFC and Bengaluru both made three changes each to their eleven. However, the Highlanders were forced to make a late change before the whistle with Lalengmawia replacing the injured Lalrempuia Fanai.

Bengaluru started the game strongly but despite dominating possession, they entered the break trailing a goal down against their opponents, who created better chances.

Machado put NEUFC ahead with a brilliant strike, after netting a brace against the Blues in the reverse fixture earlier this season.

Federico Gallego dispossessed Dimas Delgado and made a run straight at the heart of Bengaluru's defence before unleashing a shot. Pratik Chaudhari miscued his clearance, allowing Machado to receive the ball at the far post and slot it past Gurpreet Singh Sandhu.

NEUFC could have doubled their tally soon after the half-hour mark had Suhair VP converted his chance. Rochharzela whipped a cross for the unmarked striker in the box, but he cushioned his header over the crossbar.

The best chance for BFC arrived during injury time. But NEUFC keeper Gurmeet Singh kept his side's lead intact, denying Cleiton Silva with a crucial save.

Bengaluru restored parity soon after the change of ends in a rather fortuitous fashion through a set-piece, after a howler from NEUFC keeper Gurmeet. Dimas played Bheke on the right flank, who cut on his weaker foot before launching a shot at goal.

Gurmeet made an error while collecting the ball, allowing Bheke to net his first goal of the season.

Following the equaliser, neither side was unable to carve out any clear-cut chances as the game turned out scrappy.

Bheke, however, had another chance to get on the scoresheet late in the game but couldn't make the best of it. After BFC won a corner, Dimas' cross found Bheke in the box, who fired his shot over the bar.