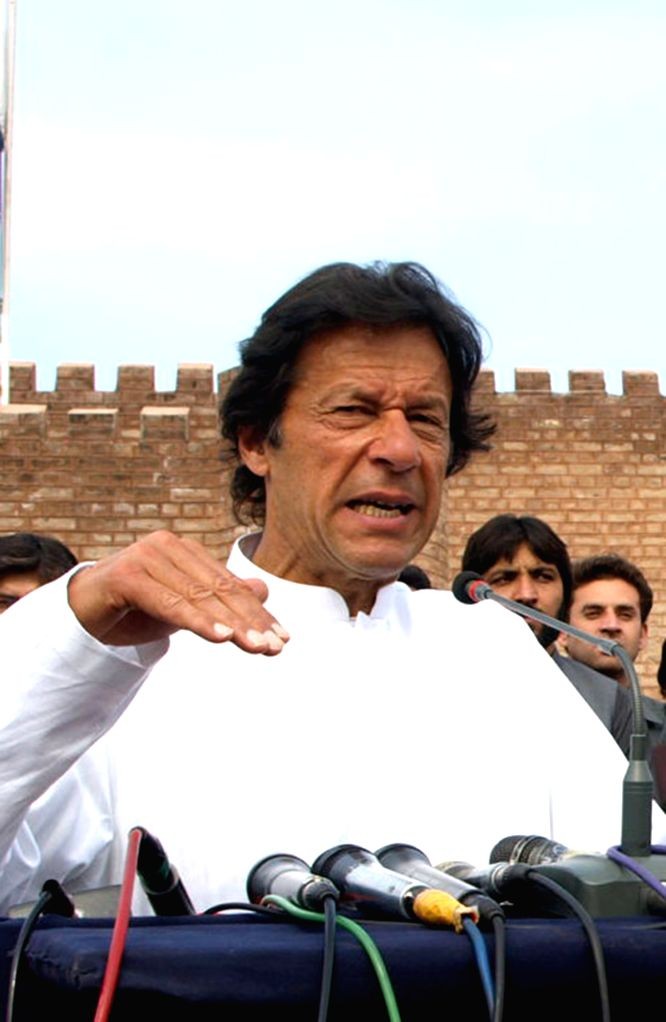 Islamabad, April 4 (PTI): Prime Minister Imran Khan said on Sunday that the third wave of the coronavirus was extremely dangerous in comparison to the previous two waves, warning that his government will be forced to impose major restrictions if people will not follow the standard operating procedures (SOPs).

Khan, who tested positive last month for the disease which is now raging in the country, was addressing the nation before sitting for a live question-answer session, the second such interaction with masses in recent months.

We have so far been protecting our people, we are not imposing a lockdown (or) closing our factories. We are only imposing minor restrictions so that this wave doesn't spread rapidly. But if this spreads, it will have a very negative impact and we will be forced to take steps," he said.

He said that people were not taking precautions while going out in public which could have dangerous implications and speed up the spread of the virus.

He defended his government for not imposing strict lockdown and instead pursuing the policy of smart lockdowns, saying shutting down the economy would increase financial hardships.

He said no one was sure how long the third wave would last but its impact can be mitigated by wearing masks.

Meanwhile, the National Co mmand and Operation Centre (NCOC) after reviewing the countrywide situation, banned the inter-provincial transport for two days a week (Saturday and Sunday) from April 10 to 25. But goods, freight, medical and other emergency services will be exempted from the ban.

Education Minister Shafqat Mahmood said that the NCOC would meet on April 6 to decide about the opening of schools.

The NCOC had issued guidelines for Ramadan, banning the entry of people older than 50 years and adolescents in mosques for prayers.