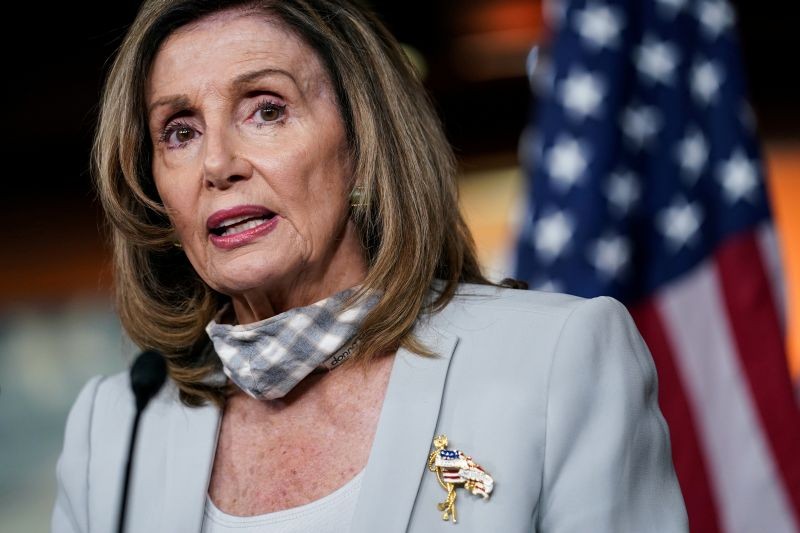 In a campaign letter to colleagues, Pelosi told her fellow House Democrats that recent comments by Trump demonstrate that he could ask the House to decide the race if it is not clear which of the two candidates had received the minimum 270 Electoral College votes in the Nov. 3 presidential election needed to gain office.

Trump repeatedly has questioned the security of mail-in ballots, which could take a while to tabulate given the high number of voters likely to use them this year due to the pandemic.

Under the U.S. Constitution, the House would vote by state delegation to settle such a contest, with each state casting a single vote. While Democrats control the chamber by 232 seats to 198, Republicans control a majority of 26 state delegations versus 22 for Democrats. Pennsylvania's delegation is tied, while Michigan has a 7-6 split between Democrats and Republicans and an additional seat held by a Libertarian.

The House has not determined the outcome of a presidential election since 1876.

Pelosi called on Democrats for "an all out effort" to capture additional Republican-held House seats, which they might need if a decision on the presidential election spills over into next year. She also urged Democrats to marshal resources to support the House Majority PAC, a political action committee committed to promoting Democratic candidates for the House.

"Because we cannot leave anything to chance, House Majority PAC is doing everything it can to win more delegations for Democrats," Pelosi wrote.

Representative Liz Cheney, who leads the House Republican Conference, responded to Pelosi's letter by saying the speaker was trying to divert attention away from the lack of progress on COVID-19 stimulus legislation.

"It's a dereliction of her duty as speaker, so it's no surprise she is trying to get her caucus focused on something else," Cheney said in a statement to Reuters.

The Democratic-controlled House passed a $3.4 trillion coronavirus aid package in May that went nowhere in the Republican-led Senate. Negotiations between Pelosi, Senate Democratic leader Chuck Schumer and administration officials, aimed at hammering out a bipartisan deal, have been stalled since early August.