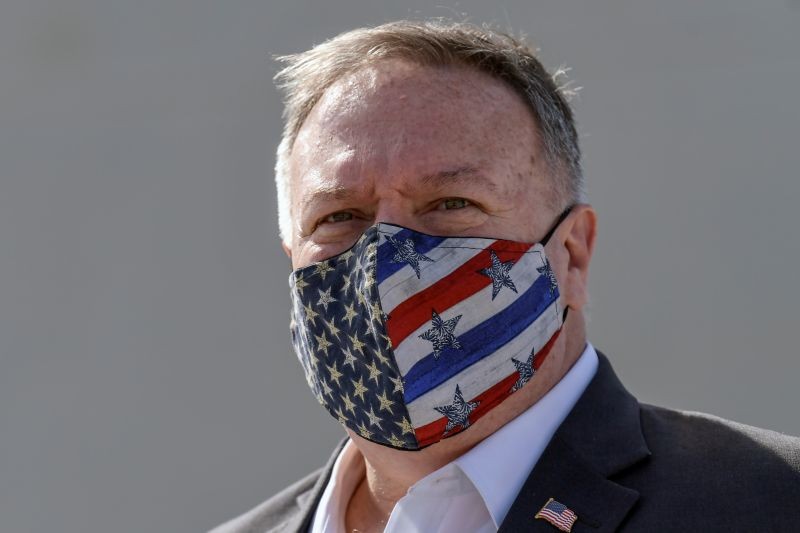 ATHENS, September 29 (Reuters): U.S. Secretary of State Mike Pompeo urged NATO allies Greece and Turkey on Tuesday to press ahead with talks to resolve their dispute over maritime boundaries as soon as possible.

Greece and Turkey, at loggerheads on a range of issues, have agreed to resume exploratory talks over contested maritime claims in the eastern Mediterranean "in the future" after weeks of tensions, but have not announced a date.

"We hope that these talks can continue in a serious way," Pompeo said after meeting Greek Prime Minister Kyriakos Mitsotakis on the island of Crete. "(We) encourage them to resume discussion of these issues as soon as possible."

Pompeo was on a two-day trip to Greece following an increase in regional strains over energy resources.

Since then, Turkey has recalled the vessel, saying this would allow for diplomacy before a European Union summit on Oct. 1-2 that will address the issue and possible sanctions against Ankara - demanded by Cyprus, Greece and France.

Cyprus, an EU member state, has refused to sign off on sanctions sought by other members on Belarus over contested elections there unless tougher action is taken on Turkey.

Countries in the eastern Mediterranean have been rushing to claim jurisdiction over maritime zones in the hope of finding oil or gas and this has exposed decades-old, and sometimes forgotten, conflicts in the process.

Greece and Egypt have signed a pact defining maritime boundaries between them, angering Turkey, which says the deal encroaches on its territory. Similarly a zoning agreement between Turkey and the internationally recognised Libyan government has riled Greece.

Pompeo, who also visited the northern Greek city of Thessaloniki on Monday, said the eastern Mediterranean region should provide a foundation for energy security.

He said the United States supports Greece's efforts to diversify energy routes and supplies and believes in Greek-U.S. security cooperation, adding that Russia was a destabilising influence in the region.