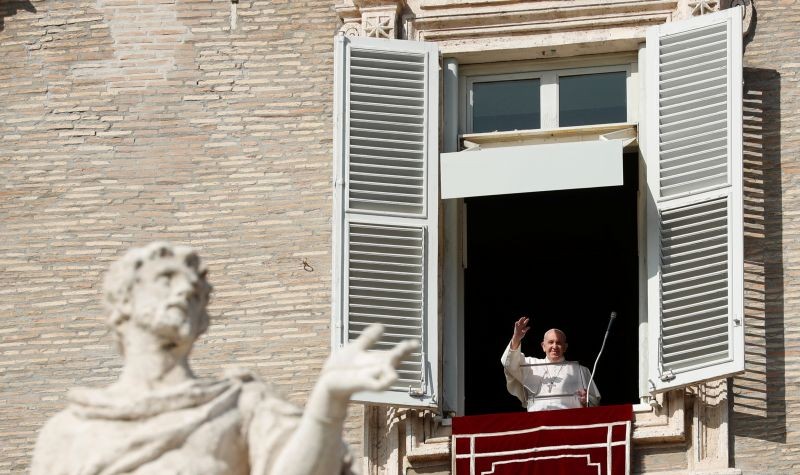 VATICAN CITY, October 25 (Reuters): Pope Francis named 13 new Roman Catholic cardinals on Sunday, including nine who are eligible to enter a conclave to elect his successor after his death or resignation.

The new cardinal electors, whom the pope listed in a surprise announcement while addressing pilgrims from his window overlooking St. Peter's Square, include Archbishop Wilton Gregory of Washington D.C. He will become the first African-American to hold the rank.

The 13 new cardinals will be elevated to the high rank at a ceremony known as a consistory at the Vatican on Nov. 28, and the selection of more cardinal electors increases the possibility that the next pope will be someone who will continue Francis' policies.

Francis has now appointed about 57% of cardinal electors, whose number rises to about 128 with the naming of the new cardinals. The others were appointed by Francis' two more conservative predecessors, Pope Benedict XVI and Pope John Paul II.

Church rules usually limit the number of cardinal electors to 120 but popes have bent that limit by naming more.

The four non-electors, who will not be allowed to enter a conclave because they are over the age of 80, are being elevated to the high rank because of their long service to the Church.

They include Archbishop Silvano Tomasi, an Italian who has worked around the world and is one of the Church's top experts on immigration.