Prevalence of 'silent' Covid-19 infections much higher than thought 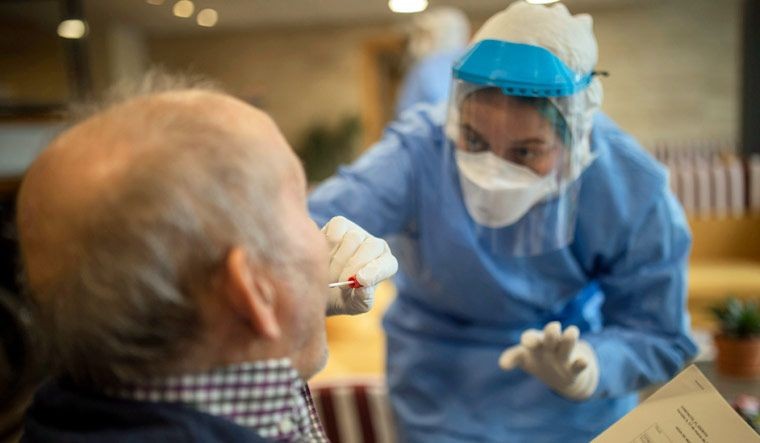 Sydney, May 28 (IANS) The prevalence of 'silent' symptomless COVID-19 infections may be much higher than thought and as countries progress out of lockdown, a high proportion of asymptomatic individuals may mean a much higher percentage has been infected with the coronavirus, according to a study of people isolated on a cruise ship during the pandemic.

Published in the journal Thorax, the study from Australian researchers revealed that more than eight out of 10 of passengers and crew who tested positive for the infection had no symptoms.

The research was carried out among 128 passengers (mostly from Australia and New Zealand) and 95 crew onboard a ship which set sail from the city of Ushuaia in Argentina in mid-March for a planned 21-day cruise of the Antarctic after the World Health Organisation (WHO) had declared Covid-19 a global pandemic.

Passengers, who in the previous three weeks, had passed through countries where COVID-19 infection rates were already high, were not allowed to board. And everyone's temperature was taken before embarkation.

Hand sanitising stations were plentiful aboard ship, particularly in the dining room.

According to the study, the first case of fever was reported on day 8, prompting the immediate adoption of infection control measures.

As Argentina had closed its borders, the ship sailed to Montevideo, Uruguay, arriving on day 13. Eight passengers and crew eventually required medical evacuation to the hospital at this point for respiratory failure.

On day 20 all the remaining 217 passengers and crew were swab tested for coronavirus. More than half (59 per cent) tested positive.

In 10 instances, two passengers sharing the same cabin didn't have the same test result, possibly because the current swab test returns a substantial number of false-negative results, the authors said.

The ship had no contact with other people for 28 days after its departure, so was the equivalent of a hermetically sealed environment.

The authors concluded that the prevalence of COVID-19 infection on cruise ships is likely to be "significantly underestimated," prompting them to recommend that passengers should be monitored after disembarkation to ward off potential community spread of the virus.

"As countries progress out of lockdown, a high proportion of infected, but asymptomatic, individuals may mean that a much higher percentage of the population than expected may have been infected with COVID," said Alan Smyth, joint editor in chief of the journal in a linked blog.