With Rapid-test kits, UP to detect corona patients in minutes 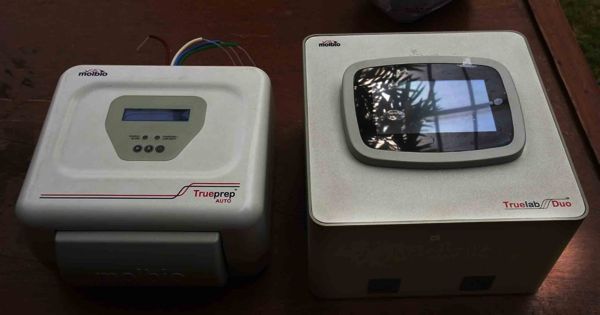 Lucknow, April 18 (IANS) The Uttar Prfadesh government is all set to launch the much-awaited Rapid Testing Kits, which use antibody-based blood tests for Covid-19, the results of which will come in minutes. Uttar Pradesh will become the first state in the country to do so.

The results of anti-body blood tests come within minutes as against the proper coronavirus tests which take hours.

The kits will be used to test people with symptoms of fever, cough, and shortness of breath. This will be the first mass testing exercise in the state.

Currently these Rapid Testing Kits are made at two units in the state - - Biogenics in Lucknow and New Life in Noida.

The rapid anti-body testing kits prepared by Noida's New Life unit have been approved by National Institute of Virology, Pune. However, Lucknow's Biogenics is yet to get the required approval.

Indian Council of Medical Research (ICMR) has already approved antibody-based blood testing. When all clarances will be made, the two units will produce at least 50,000 rapid testing kits daily.

Sehgal said several units in the state are working on making Personal Protection equipment (PPE) for medical staff. Work on mass production of masks is also going on in the state at large scale.

Earlier, the UP government had started pool testing of COVID-19 samples in the State, which is also the first in India.

Dr. Alok Kumar Gupta of Gorakhpur said, "Unlike the nasal swab to check for the actual virus, this antibody test requires a blood draw. A vial of blood would be sent to labs and you'll know if you've already been infected and have protection from the virus or not within minutes."